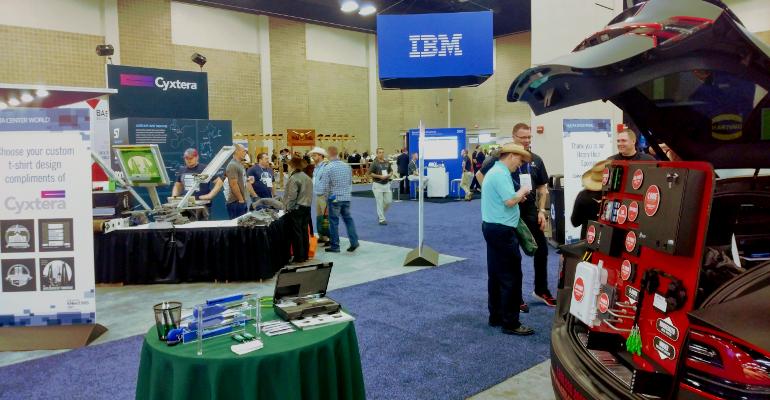 On Monday, the company launched an on-demand compute infrastructure service, offering customers the ability to quickly provision computing muscle in its data centers via a web interface, much like they would provision virtual machines on Amazon Web Services. Similarly, Cyxtera is now also giving clients the ability to provision links to multiple connectivity service providers via a single physical cross-connect.

These are two initial services enabled by the new Cyxtera Extensible Data Center Platform, or CXD. The company expects to launch more CXD-powered services in the future, including its cybersecurity offerings.

The point, said Randy Rowland, Cyxtera’s manager of data center services, is to speed up data center services provisioning, erasing manual processes that sometimes delay application deployment by months, out of the equation. “We’re used to point-and-click provisioning for everything from virtual machines in the cloud to SaaS solutions, yet the data center industry still works with a screwdriver in one hand and a cable crimper in the other,” he said in a statement.

Making colocation services easier to consume on-demand is a problem several data center providers have been tackling recently, but most of the focus has been on connectivity. Equinix, for instance, launched in December a software-defined Cloud Exchange Fabric to shrink the time it takes to interconnect client networks inside its data centers.

Another big example is Digital Realty Trust, whose Service Exchange platform makes it easier for clients to link their networks to cloud services like AWS and Microsoft Azure.

Cyxtera’s new CXP IP Connect service promises similar benefits: quick, software-based cross-connects with bandwidth providers, sold on-demand. Its users will no longer have to wait for a circuit to be provisioned, which can take weeks, the company said.

The on-demand compute service – available to clients with existing Nutanix environments – is essentially private cloud infrastructure that can be consumed as a service but powered by Nutanix’s hyper-converged infrastructure software, the Nutanix Enterprise Cloud OS. Like other cloud services, CXD Compute Nodes are provisioned via a web console or an API and require no physical presence by the client at the site of deployment.

A user can configure each CXD Compute node according to their needs, tweaking the number of cores, CPU speed, RAM, and storage. In addition to the Nutanix Acropolis hypervisor, the service supports OpenStack and VMware ESXi, and bare-metal deployments, with plans to introduce Microsoft Hyper-V support “in the near future.”

Cyxtera launched last year, emphasizing security as a differentiator in the colocation market. Its backers, private equity firms Medina Capital and BC Partners, acquired the global data center portfolio of the telecommunications giant CenturyLink, using the facilities as the platform to launch the company.