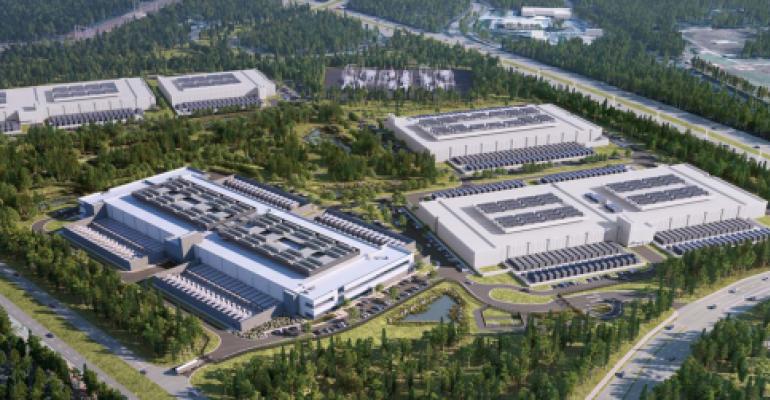 Corscale Is Coming to Northern Virginia With a 300MW Campus

The project is expected to deliver more than 2.3 million square feet of white space and more than 300MW of power capacity once complete, with 72MW expected to be added to the world’s busiest data center market before the end of the year.

“At this point, we've got about 1,500 megawatts floating around in what they call the commercial space in Northern Virginia. It's five times the size of any other commercial market for data centers in North America. And customers need to be there,” Stuart Levinsky, SVP of data center sales and marketing at Corscale, told Data Center Knowledge.

New kid on the block

Corscale was launched informally at the end of 2021 as the data center brand of real estate developer Patrinely Group, with funding from property investor USAA Real Estate. The relationship between the two businesses goes back 35 years, and since 2020, the latter owns a stake in the former.

Corscale targets especially large customers with just two products: leases for its CorFlex modular data halls start from 1MW, and its CorBuild service will lease you an entire 36MW building.

“This is a maturing industry – margins are getting squeezed, the kind of returns that that were being boasted in, you know, 2010 to 2015, those don't exist anymore, customers have gotten a lot more savvy.

"And I think it's a natural maturation of the industry that that these large-scale industrial developments that have a unique class are going to look a lot more like real estate transactions in the future: build-to-suit with a fixed return on capital, where you share that information with a customer, where they know what you're making on the project. I mean, this idea of hiding that number from customers is absurd.”

Patrinely Group has a track record of developing large industrial facilities and offices, with small data centers within them. Corscale simply flips that model around, Levinsky said.

The Gainesville campus was designed by Corgan Associates and is being built by HITT Contracting.

It will be constructed in 9MW increments, with the first phase delivering 72MW across two floors and eight data halls.

The campus features an on-site substation operated by Dominion Energy, offering a choice of energy tariffs including renewables.

Late last year, Corscale announced it would offer customers carbon emissions tracking in partnership with Ledger8760, and the facility has taken the steps to limit its water use.

“I grew up in Arizona, water conservation, and the water issues are particularly meaningful to me,” Levinsky said. “And Nic Bustamante, who's our VP of development, is really tackling the water issue. We're using closed loop [cooling], I think our WUE will be either industry-leading or one of the top performing.”

Corscale is looking to scale quickly: it is already developing data center clusters in California and Texas. It is also working on another hyperscale campus in Northern Virginia, planning to start construction next year – located in Kincora in Loudoun County, and offering up to 100MW of potential power capacity.

“USAA Real Estate has land holdings all over the world. So one of the nice things about having a partner like that is access to an unbelievably mature site selection team, and the ability to go out and source properties, where and when our customers need them,” Levinsky said.

Further afield, he said the company plans to build a campus in London, and is exploring opportunities in the European Union – looking at major data center hubs like Dublin, Amsterdam, and Frankfurt.