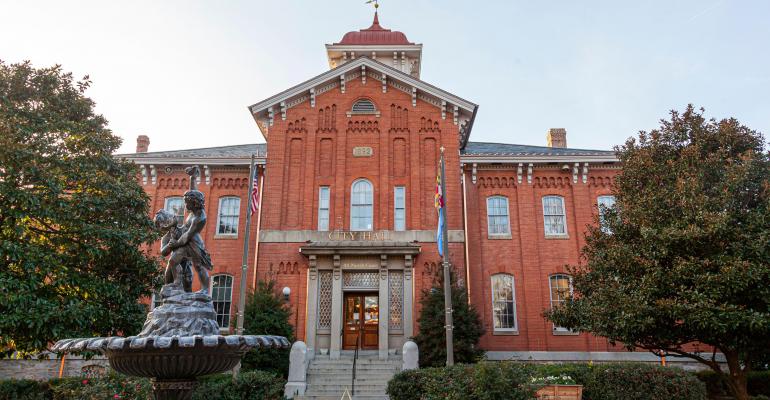 The first operator signs up for space, power, and water on a 2,100-acre site.

American colocation provider Aligned Data Centers is coming to Maryland, after signing up for space on a campus developed by Quantum Loophole.

Quantum Loophole represents a new breed of data center developers, offering land, power and water for “gigawatt-scale, master-planned data center communities” that would include a mix of cloud, colocation, and enterprise customers.

Its first project is leveraging more than 2,100 acres of land in Frederick County, Maryland, which the company purchased in June 2021 for $100 million.

Quantum Loophole was launched in January 2020 by Josh Snowhorn, who previously held executive positions at data center companies including Terremark, Verizon, and Cyrus One.

Another notable member of the team is CTO Scott Noteboom, who previously served as head of global infrastructure at Apple, and launched a data center software startup called LitBit.

Quantum Loophole’s first project, developed as a joint venture with TPG Real Estate Partners, is located in Frederick County, on a site formerly known as s the Alcoa Eastalco Works, which served an aluminum smelting plant between 1970 and 2005.

“I am pleased that the former Eastalco property will once again serve as an employment center with high-paying jobs,” Jan Gardner, Frederick County Executive, said when the project was announced in 2021.

“Data centers provide a stable source of tax revenue and jobs, while having a net positive impact on local services such as schools, roads and other infrastructure. I look forward to Quantum Loophole sharing their plans with the surrounding community.”

Quantum Loophole said the site benefits from Maryland’s recent tax exemption laws for data center infrastructure and servers, which it suggests are more generous than those offered in nearby Virginia.

Aligned is the first data center operator to sign up for a spot in Frederick County, to build its third hyperscale data center campus in the region.

“The expansion comes on the heels of Aligned’s ORD-01 data center launch and the groundbreaking of ORD-02 in Chicago, with 400+ MW of additional capacity planned in the Northern Virginia region alone.”