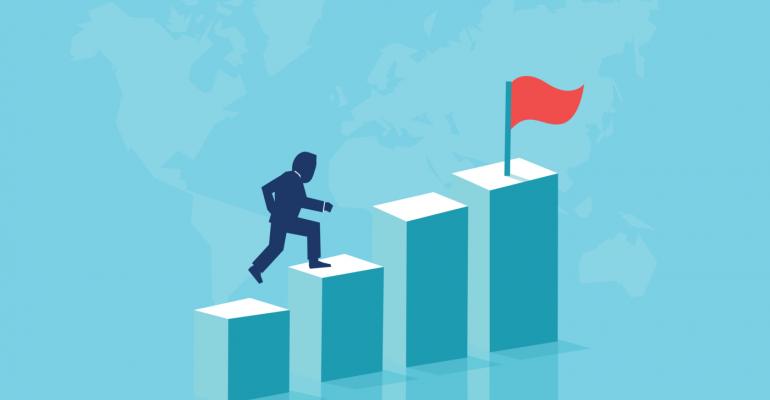 Who's Winning in the Container Software Market

Thanks to its container customer training, the $1 billion container software market is Red Hat’s to lose. Where do the other players stand?

The booming container software market is Red Hat's to lose.

According to the research firm Omdia, in calendar year 2020, Red Hat commanded 47.8% of the market based on container software revenues of $460.7 million. To give one perspective on how commanding a market position that is – the next four companies in the top five container software vendors hold only 27.8% of the market – combined. The remaining 24.4% market share is held by all other companies below the top five.

"It's definitely a fair question to talk about competition, but the container market at the moment is growing fast enough that there is enough room for everyone," said Vlad Galabov, the head of Omdia's cloud and data center research practice. "There are a lot of enterprises that need training and resources to be able to change their workloads from VMs to containers, and I think it's enough for everyone.

"If I look at customer acquisition, the pace is accelerating," he added. "More people are becoming clients at all of the vendors, so there is a very positive momentum from that perspective. It does look like there is more enterprises interest, and certainly now there are more people who could train enterprises and who could provide extra support."

Related: What Containers and Kubernetes Mean for Colocation Data Centers

That doesn't mean that Red Hat, VMware or any of the other top five container software companies can rest on their laurels. The perils of holding on tight to tech at the expense of customer sentiment can sink a company. Consider Docker: less than a decade ago, it owned the container market. In 2019, it had to sell its enterprise assets to Mirantis, in part because it held tight onto its orchestration engine Swarm instead of responding to user demand for Kubernetes.

But let’s not borrow trouble from the future. Here’s why and how these container vendors are thriving in the present.

Containers were the right technology at the right time for Red Hat from the minute they were introduced. In 2013, the company became the first major vendor to form a partnership with Docker in order to integrate the startup's container software technology into Red Hat's OpenShift platform.

As the cloud has risen to prominence, Red Hat has been pushing its hybrid approach, which would let companies enjoy the many benefits that the nascent cloud technology offered while allowing them keep most of their data safely at home in on-premises data centers.

The portability that containers afforded, with applications being able to be instantly fired up whenever and wherever needed, promised to make it easier to design and build compute infrastructure that spanned from on-prem to the cloud. In addition, containers could also be a tool for controlling cloud expenses since applications could easily be spun up when needed, then disappeared when idle.

Something else that Red Hat understood was that container technology is complicated and difficult for users to understand how to use, which would be a roadblock to their adoption.

"Red Hat did something that helped them to differentiate themselves," Galabov said. "They didn't just have the software suite that they were selling, but they also had a training program. When the container software market was nascent and developing, there was an understanding that they could be helpful to an enterprise."

Galabov said that even today there are only a couple of container vendors with the capabilities to tackle a similar approach, citing VMware and post-Rancher acquisition SUSE, both relative newcomers to the container arena. Red Hat, he said, was offering container training as early as 2017, long before either was heavily invested in the container space, "and that's when the biggest client acquisition that they reported happened."

Red Hat's training might have served a dual purpose, according to Galabov – not only to help sell Red Hat's Kubernetes-based container offerings, but also to help wean customers away from VMware.

"If you look at the virtualization market, it is a VMware market," he said, "and there are some clients who use VMware virtualization for Red Hat's OS. If you're Red Hat, naturally you would want to try to convert those or poach them. So there is an incentive for you to push for containerization, because people will continue to use your OS, but eventually you wean them off of your competitor, who is the preferred vendor for virtualization."

Mirantis, which had primarily been known as an OpenStack-based cloud company thanks to its own OpenStack distribution, began moving into container space in 2015 when it partnered with Google to integrate Kubernetes with OpenStack. The partnership was the first step in a strategic march on the market: In 2017, the company released Mirantis Cloud Platform (which included OpenStack with Kubernetes). Then, in 2019, it purchased Docker's enterprise assets, which it first marketed under the Docker Enterprise name but now sells as Mirantis Kubernetes Engine (MKE).

Many enterprises like MKE because it offers both Kubernetes and Swarm for orchestrating containers. (This is ironic because sticking with Swarm in a Kubernetes-dominated market is how Docker lost its hold on the container market.)

Being Docker's heir apparent has been good for Mirantis. In calendar year 2020 it was the second largest container software player, with a 15% market share on revenues of $144.5 million.

"Mirantis did receive a lot of clients when they acquired Docker, because Docker was the established incumbent," Galabov said.

Although 2020's figures show VMware having about half the market share as Mirantis, it's a cinch that the company will outperform last year's numbers, which gave it a third place showing with a 7.7% market share on revenues of $74 million.

That's because VMware, long the leader in the virtualization market, is a latecomer to container technology, only getting into the market in a meaningful way in 2019 when it began supporting Kubernetes as part of its vSphere virtualization platform.

This came after it made a slew of acquisitions aimed squarely at the cloud native ecosphere, including Kubernetes-focused Heptio.

Adding Kubernetes support to its flagship vSphere platform opened the door for its customers to be able to run and manage containers on the same platform that they use to run their legacy applications, a big deal for enterprises wanting to get on the cloud native bandwagon.

"VMware moving into the container market was, 'This is the future; you have to participate,'" Galabov said. "It was a little bit of get in or lose out."

He said that although containers don't seem to have had a huge impact on VMware's revenues so far, it's a market that's important to the company.

"Containers is a market that's growing at 30%, and the virtualization market is starting to get into a very mature state and is starting to just grow at the pace of servers," he said. "Everyone wants to be in the 30% growing market."

The Linux company SUSE's purchase last year of the six-year-old Kubernetes-based startup Rancher Labs was probably even more of a game changer than VMware's acquisition of Heptio had been. The buy gave SUSE Rancher’s 3.9% of the container market, with revenues of $37.3 million.

Although the terms of the acquisition were not made public, it was widely reported that SUSE paid $600-$700 million for the company. For that, SUSE got all of Rancher's products, including its eponymous container platform that is able to manage containers on multiple clouds; RKE, it's Kubernetes distribution; Longhorn, distributed block storage built for Kubernetes; and K3s, a minified Kubernetes distribution that's primarily designed for edge deployments.

Although Rancher has been folded into SUSE as a division, internally and externally it appears to act more like a partner. Rancher products are still marketed under the Rancher trademark, or as "SUSE Rancher" when included as part of a SUSE Linux package.

"I thought that SUSE's Kubernetes distribution prior to the Rancher acquisition was just not very differentiated," Galabov said. "I think that now it's going to be more differentiated. The most interesting thing about Rancher is the fact that you can manage container Kubernetes clusters that are on-premises and in the cloud through kind of a one-stop shop."

"I definitely think it was a good acquisition for SUSE," he added.

Canonical’s Ubuntu Waits in the Wings

Canonical gets an honorable mention for having a 1.2% container market share on revenues of $11.9 million. The maker of the Linux distribution Ubuntu comes to market with two major container software products, MicroK8s, like K3s, a minified version of Kubernetes designed for use in workstations, edge deployments and IoT devices; and Charmed Kubernetes, its platform for hybrid and multicloud deployments.

"I think Canonical’s technology is in many ways foundational for the container market, but their earnings indicate that they have not been able to monetize it significantly," Galabov said. "From that perspective, Canonical is outshone by Red Hat, VMware, SUSE and Mirantis."

(Disclosure: Omdia and ITProToday.com are part of the same company, Informa Tech.)