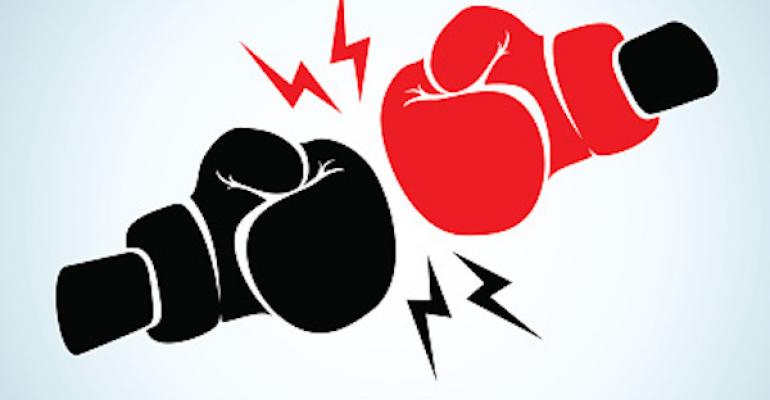 AWS, Azure, and Google Cloud are still leading the cloud market, but next year will see disruption as the second wave of cloud providers come into their own.

There’s no doubt that early cloud innovators raked in fortunes and built massive cloud businesses while everyone else was dragging their feet and protesting that the cloud would never reach widespread adoption. In 2006, the year Amazon launched AWS, the e-commerce-giant-turned-cloud-provider had an annual revenue of $10.7 billion. In 2016, that number grew to $136 billion.

These days, the big market leaders in cloud are AWS, Microsoft Azure, and Google Cloud. These “Big Three” providers are duking it out for dominance, constantly jockeying for that #1 position. But other providers (which were pretty late to the game, considering) are starting to close the gap. Will 2018 be the year that the secondary cloud market becomes a genuine force to be reckoned with?

“I think there is a second category of companies that just took an ungodly long time to kind of get there. These are companies like Oracle and IBM and some of those folks, I think for them, the model that we were pursuing was so disruptive to their core businesses,” Andy Jassy, CEO of AWS, said in an interview at the University of Washington early this year.

There’s plenty of room for these secondary providers to thrive. When IoT really takes off in a couple of years, there will be another set of fortunes to be made in the cloud. But how many players will this window of opportunity accommodate, and who will they be?

“There won’t be just one successful player. There won’t be 30 because scale really matters here in regards to cost structure, as well as the breadth of services, but there are going to be multiple successful players, and who those are I think is still to be written,” said Jassy. “But I would expect several of the older guard players to have businesses here as they have large installed enterprise customer bases and a large sales force and things of that sort.”

Let’s peer into our crystal ball to predict which provider will rise to the top next year.

Ask an average consumer what Alibaba is, and odds are they’ll say an e-commerce giant--if they know the name at all. But the China-based company is giving AWS some stiff competition in the APAC market, which might be the best case of imitation being the best form of flattery the tech world has seen in a good while.

“Alibaba’s growth is attributed in part to the booming Chinese economy, as the Chinese government continues digitizing, bringing its agencies online and into the cloud,” said Jay Chapel, CEO of ParkMyCloud. “In addition, as the principal e-commerce system in China, Alibaba holds the status as the ‘Amazon of Asia.’”

While Microsoft currently stands alone as the one incumbent tech giant among a pack of whippersnappers, IBM is about to give it some company. This year, the behemoth that built its fortunes on traditional hardware actually surpassed Amazon in terms of total cloud computing revenue for the 12-month period ending in June. While there’s some debate about how tech companies come up with the figures for their cloud businesses, IBM is clearly positioned to take a leader position next year.

In the end, where exactly IBM ends up in the market may have more to do with marketing campaigns than anything.

“IBM positioned itself as a cloud provider for business leaders as the shift to the cloud only gets bigger. Amazon positioned itself as a haven for technical experts, the people writing code and continuously managing applications and other processes,” said Chapel. “It will take some time before we see the results of how this messaging plays out, but it certainly says something about who each provider wants to impress.”

Most of Oracle’s cloud revenue comes from SaaS applications, which rose 67 percent in fiscal Q4 2017, but it’s working hard to build up its PaaS and IaaS businesses, too. While the big double-digit growth is impressive, the SaaS market is the most crowded of cloud revenue generators. Oracle is up against giant providers like AWS and Microsoft, but also other secondary-market competitors like Salesforce and ADP.

But analyst firm Forrester is optimistic about Oracle’s prospects next year, as many SaaS providers abandon attempts to build their own platform and instead look to host customized applications on clouds owned by AWS, Azure, Google--and Oracle.

Jassy, for one, doesn’t think much of Oracle. Speaking at AWS re:Invent last week, Jassy made a pointed dig at the company, emphasizing its reputation for locking customers into “abusive or onerous relationships.” If Oracle wasn’t seen as a legitimate competitor to the Big Three already, Jassy’s determination to take business away from Oracle made it so.

Chapel explains that Oracle’s success largely comes from its database business, which is still their biggest revenue producer as many companies use their databases to run critical parts of their operations. AWS decided to take them head on with a database on their own, directly targeting their enterprise customers. After AWS launched Aurora, in competition with Oracle’s SQL database, they efficiently started peeling away longtime Oracle customers.

“Oracle’s response? Build their own cloud, competing directly with the biggest and most successful cloud provider thus far, AWS.”

Only time will tell how the cloud market will shape up as it matures, but Alibaba, IBM, and Oracle are well-positioned to challenge the Big Three’s dominance.

It’s going to be one heck of a knife fight.