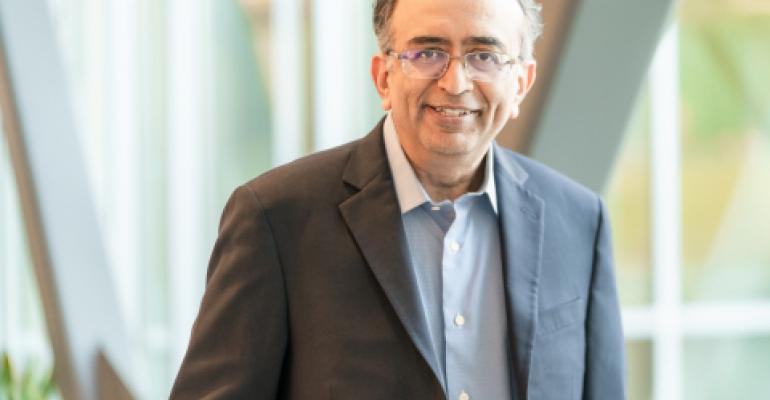 VMware CEO Rangarajan Raghuram on Tuesday made a pitch to customers that VMware can provide them with a complete, integrated set of software and cloud services they need to go multicloud.

“Phase 2 is all about building and running a more diverse set of applications in the cloud. You can select the cloud based on the needs of the app and what your business demands,” he said. “You are also transforming your data center into private clouds and running apps there. And now with the edge, you are pushing apps and services closer to where you need it, especially in sectors like retail, manufacturing, transportation and energy.”

VMware on Tuesday unveiled a raft of new software products and cloud services, including Tanzu Kubernetes software, cloud services, edge and security products and forthcoming technology designed to simplify multicloud adoption and management. All of the announcements are part of what VMware calls its “Cross-Cloud services,” a family of services that enable organizations to build, run and secure their apps across the multicloud, from public and private clouds to the edge.

“Going forward, multicloud is at the center of gravity for everything we do,” Raghuram said during his speech. “We are taking the products that you know and trust and expanding their capabilities to a multicloud world.”

In the past, customers migrating to multicloud had to make tough choices, he said.

“Do you optimize for developer autonomy and choice? Or do you prioritize DevSecOps [team members] who want to deploy code with consistency? If you’re in ITOps, do you prioritize flexibility in running the enterprise applications in different clouds? Or do you focus on retaining full control of your environment?” he said.

And as for the workforce, organizations have had to choose between providing employees with access to applications from anywhere or prioritizing security to keep their apps and data protected.

With VMware’s stack of solutions, customers no longer have to make those tough choices because they can do it all, he said.

“Our approach … is to break through those tough choices,” Raghuram said.

During the keynote, Raghuram highlighted several product announcements, including:

VMware’s solutions are flexible and modular, allowing customers to pick and choose which services they want to use, and on which cloud they prefer, he said.

“Historically, the reason VMware has been successful in the marketplace is we built a trusted foundation for our customers for their most critical applications,” Raghuram said during a press Q&A on Tuesday. “What we are doing with this set of innovations is we are enabling the trusted foundation to accelerate the innovation as our customers become digital enterprises. Only VMware provides this multicloud autonomy for developers while enabling consistent operations of consistent DevSecOps. It really provides the smartest path to the cloud.”

During the press Q&A, Raghuram said VMware will continue to invest significantly in security solutions. He also said the company is targeting the edge market for two reasons: the continued growth of the remote workforce and the fact that enterprises increasingly want to build new edge-native applications. Many customers view the edge as their next stage of digital innovation, he said.