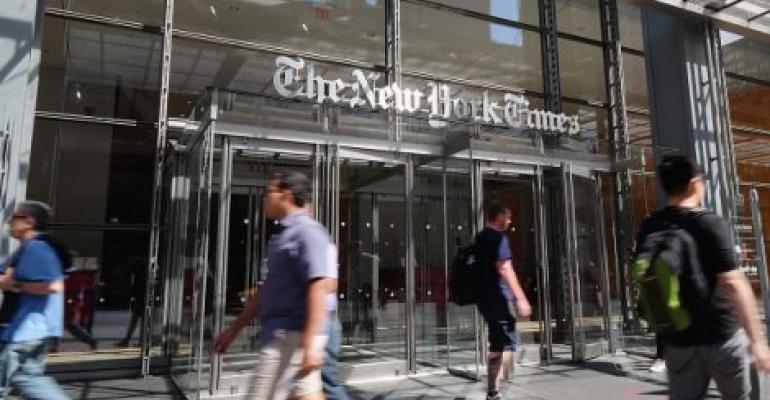 A Type of Computing: NYTimes Crossword Moves from AWS to Google App Engine

Online games can be compute-intensive, particularly first-person shooters or games with heavy graphics that require a lot of power. But apparently a crossword puzzle can put a strain on cloud architecture, too.

The New York Times crossword – first introduced in print in 1942 – has grown into a suite of mobile apps and an interactive website with other 300,000 paid subscribers, and has outgrown its infrastructure hosted in Amazon Web Services (AWS) cloud.

According to a blog post by NYTimes principal software engineer JP Robinson, the crossword’s backend systems were running on AWS with a LAMP-like architecture, but when it introduced the free daily mini crossword three years ago, the larger daily audience put a lot of strain on its architecture.

“As the crossword grew in popularity, our architecture started to hit its scaling limitations for handling game traffic. Due to the inelastic architecture of our AWS system, we needed to have the systems scaled up to handle our peak traffic at 10PM when the daily puzzle is published,” he said. “The system is generally at that peak traffic for only a few minutes a day, so this setup was very costly for the New York Times Games team. Luckily, we at The Times recently decided to move all product development to the Google Cloud Platform where a variety of tools awaited to help us move faster and save money.”

“After shopping the Google product suite, we decided to rebuild our systems using Go, Google App Engine, Datastore, BigQuery, PubSub and Container Engine. I’ll discuss the architecture in greater detail in future posts but for now, I’m going to concentrate on App Engine, which is the core of our system.”

While the blog post reads a bit like a Google advertisement, it is interesting to see the factors that go into a company making a decision to decide to migrate from one cloud to another. You can read the full technical breakdown in the blog post.