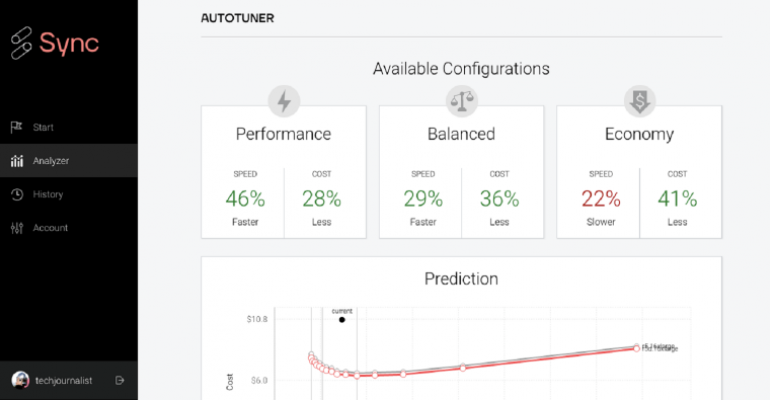 Based in Boston, Sync Computing is a spinout from MIT Lincoln Laboratory, where Suraj Bramhavar and Jeff Chou co-founded the company. The core premise that underlies Sync is that modern cloud infrastructure isn't properly optimized to run distributed workloads across different cloud services.

As part of Sync's launch, the company is also launched Sync Autotuner, a service that helps automatically tune and optimize cloud infrastructure for a given AI, ML or big data workload running the Apache Spark query engine.

In addition, the startup announced Sync Orchestrator, a compute resource orchestration tool for enabling different workloads to run across a distributed cloud infrastructure.

"The larger vision of what we're building is a globally optimized resource allocation and scheduler that is custom-designed for the cloud," Chou, Sync’s CEO, told ITPro Today.

Typically, users with a big data job must manually determine what resources are needed on a given cloud platform, which can be a complex process, according to Chou.

Another challenge is the orchestration of jobs. With certain AI, ML and big data workloads there are dependencies, such that one particular operation needs to run after another. Manually scheduling the timing and sequence of events is also a complex task, Chou said.

Sync Computing is aiming to enable its users to define their own business goals for a particular workload, whether the goal is better performance or cost optimization, Chou said. He noted that Sync provides an abstraction on top of compute resources, figuring out the details to help users reach business goals.

Chou said the optimization approach that Sync Computing uses is not based on machine learning. Rather, Sync Autotuner uses what he referred to as a mathematical model.

"There are companies that help tune various applications, but they require running the application for a week to train a model," Chou said. "For us, there is no training. We basically mathematically model Amazon's hardware and cost model, as well as Apache Spark."

As such, Chou claimed that a user could just direct the workload to Sync Computing, which will automatically calculate the right place and time to run a job.

While Sync Computing is starting off by helping optimize Apache Spark workloads across distributed cloud infrastructure, Chou said the plan is to enable various types of distributed computing workloads as the platform and the business continue to grow.

"When we first started, we were fundamentally just research scientists, so we had to find the right product and market," he said. "We do want to be a horizontal platform company, so that includes anything that benefits from distributed computing, like TensorFlow, PyTorch and other frameworks."