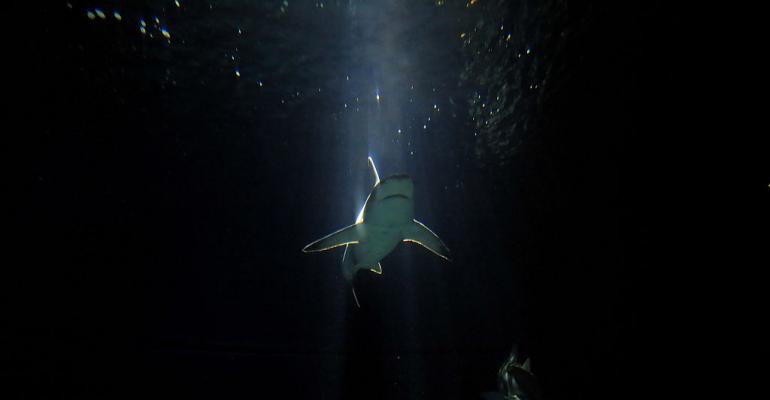 Staving Off Shark Attacks While Waiting for Concrete to Dry

…and other things you worry about when building a hyperscale cloud platform.

When electricity first became important to businesses, looking after it was a full-time job.

“A hundred years ago, most companies had a vice president of electricity, because it was a new thing, but then we got out of the market for that,” Microsoft’s executive VP for cloud and enterprise Scott Guthrie said while talking about the changing roles of CIOs and IT departments at a recent data and AI event at the company’s headquarters in Redmond, Washington.

He then swiftly corrected himself, adding, “I actually do have a vice president of electricity generation, because we’re one of the largest energy consumers in the world now. We have wind farms…”

Electricity generation is just one of the things he worries about in his job that he’d never expected to worry about. Another is “the rate at which concrete dries.” Along with planning permissions, getting enough power and water to the site, and getting the computing hardware delivered, the speed at which concrete dries is a real factor that has to be considered when the company rolls out a new Azure data center.

On the network-backbone side, the biggest problems are storms, sharks, and fishing vessels. Marea, the new transatlantic cable Microsoft built together with Facebook and Telxius, took an unusual route and was built for reasons that aren’t the most obvious. “If you look at the map, it's the most southern of all cables,” Yousef Khalidi, corporate VP for Azure Networking, said in an interview with Data Center Knowledge, meaning Marea is the southernmost of cables that link the US and Europe and land in either New York or Virginia on the US side.

“And the reason we added it wasn't for bandwidth or latency,” he said. “We wanted a route away from all the storms that hit the north. It's actually longer given the curvature of the earth. Most cables in the US on the east coast land pretty close to NYC; this is, by design, further south, just to have a bit of redundancy.”

The storms are out in deep water. Closer to shore, there are different problems. “Sharks and fishermen are the bane of our existence,” Khalidi said. “Sharks are attracted to the magnetic field of the cables; they like to bite on them.”

Shark teeth were found in a damaged cable off the Canary Islands in 1985. Google famously reinforces its submarine cables with Kevlar. The problem seems to be that sharks detect weak electromagnetic fields using tiny electroreceptors in their snouts.

While they look like freckles, the receptors have a more imposing name of “ampullae of Lorenzini.” They’re useful for navigation – the oceans produce electrical fields as they flow through the earth’s magnetic fields – and for finding prey. Sharks might be known for sensing blood in the water, but they can also sense the weak electric fields generated by the ion exchange that takes place as fish breathe sea water and urinate.

But threats to submarine data flows aren’t always this exotic. “More often, it’s trawlers and fishing nets that snag the cables,” Khalidi complained. “The only good news is typically they snag them closer to shore, and the mean time to recovery can be shorter, but we worry about the redundancy. We had one incident a few years ago in which the same fishing trawler snapped two cables in the same day, miles apart.”