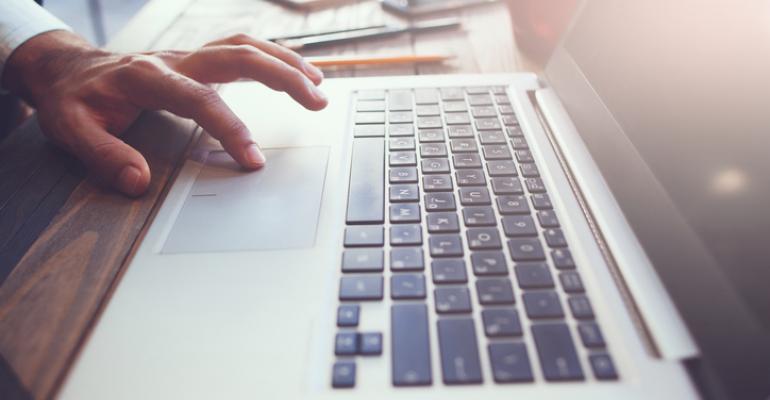 Wedbush analyst Daniel Ives wrote that the enterprise software group was facing a “soft patch” due to higher valuations and macroeconomic issues such as global trade tensions.

(Bloomberg) -- A number of software companies have seen notable weakness this earnings season, suffering heavy losses in the wake of their quarterly results, but analysts aren’t ready to dismiss the entire group.

According to data from Wedbush, 20 software companies have reported results over the past few weeks, and of those, only six saw a positive reaction in their stock prices. DocuSign Inc. and Pure Storage Inc. were among names that saw notable drops in the wake of their results, along with cloud-computing plays like Cloudera Inc., Nutanix Inc., Box Inc., and Pivotal Software Inc.

Wedbush analyst Daniel Ives wrote that the enterprise software group was facinsg a “soft patch” due to higher valuations and macroeconomic issues such as global trade tensions. But he added in a note published June 10, “we don’t see cause for panic” and “any incremental caution may be reversible if macro indicators rebound.”

Analysts also pointed to a variety of company-specific reasons why shares sold off in the wake of the results. Some, like MongoDB Inc. or Zscaler Inc., were coming off strong year-to-date advances in their shares. In a note that discussed cybersecurity company Zscaler, BTIG analyst Edward Parker described the stock as “appropriately accounting for outperformance” despite the results “beating already sky-high expectations.”

Other companies like DocuSign topped expectations on some metrics but disappointed on others, such as billings growth.

Sell-offs in response to that kind of print suggests “that investors aren’t in a forgiving mood,” Deutsche Bank wrote in a note analyzing DocuSign’s results. Citi said there was a tone of a “broader downtick in software demand,” which was prompting stronger names to get “lumped in with others.” Both Deutsche and Citi decided that the negative reaction in DocuSign had been excessive.

Of course, results from other companies have pointed to more fundamental issues, and smaller cloud-computing stocks have emerged as a particularly weak sub-sector. A number of these companies cut their forecasts, a trend that has underlined analyst caution over the group.

Given “the fact that so many companies have struggled and there exist clear narrative similarities, it’s hard not to conclude that some real systemic pains in infrastructure exist,” wrote BTIG’s Parker, who said 2019 represented “a significant downshift” in growth.

The “growing chorus” of companies citing competition or pool sales execution, he added, “has become difficult to ignore.”