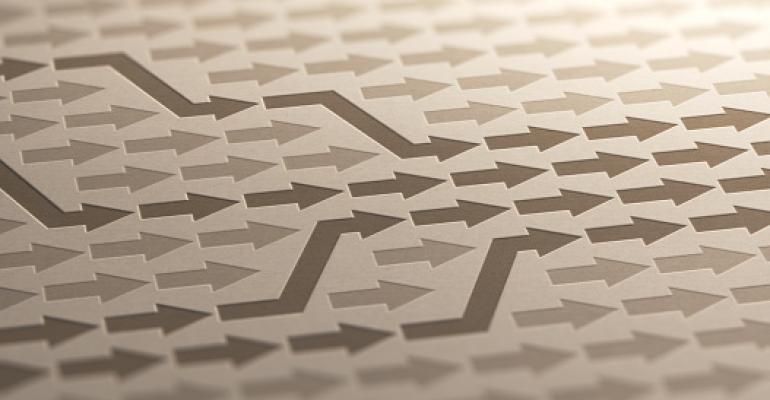 Enterprises should take note of the cloud computing trend toward consolidation as they plan their cloud futures.

It’s no secret that the cloud computing revolution has killed off many on-premise software platforms. Office 365 and Google Docs have sent local Word processors toward the dustbin of history. (OK, maybe that’s a little dramatic, but you get the idea.) Storage-as-a-service has supplanted the rows of data servers that used to fill back offices. Cloud-based virtual machines have done the same thing for on-premise app servers.

Today, however, it’s not only on-premise software and infrastructure that is dying because of the cloud. Cloud platforms themselves are now eating other cloud platforms. As major public clouds like AWS, Azure and GCP become ever more expansive and popular, they are killing off smaller clouds by acquiring them or driving them out of business.

The result of this consolidation is that the cloud market is looking increasingly homogenous. Here’s how that’s happening, and what it means for cloud strategies in the future.

The Cloud Computing Trend Toward Consolidation

If you look back over the past decade, you’ll notice two major trends toward cloud consolidation.

The first involves cloud platforms that were originally basically just IaaS offerings morphing into larger solutions that offer every type of cloud service under the sun. AWS is the best example of this; when it launched in the mid-2000s, AWS offered virtual machine instances and cloud storage, and little else. It left it to other cloud vendors to provide PaaS and IaaS offerings.

That began changing in the early 2010s, however, when AWS began rolling out deployment services like Beanstalk (which debuted in 2011) and Kinesis, a data streaming SaaS platform that launched in 2013.

Other major cloud vendors followed a similar path, even though they entered the market a bit later than AWS. Azure and GCP also specialized in IaaS early on, but now also provide almost any type of SaaS or PaaS offering you can imagine.

More recently, a similar cloud computing trend toward consolidation has emerged as smaller clouds, apparently unable to compete with mega-clouds like AWS and Azure, have simply gone out of business or have been acquired by the larger clouds. Nirvanix, an IaaS company that went dark in 2013, was the first famous victim of this trend. AWS’ acquisition of the Cloud9 IDE in 2016 was another important example. So is Microsoft’s 2018 acquisition of Avere Systems, a cloud data company.

To be sure, some smaller-name cloud providers are still alive and well. By all indications, Heroku, which helped make PaaS a thing, is going strong (although it has been owned by Salesforce since 2010). Storage-focused cloud providers like BackBlaze and Wasabi are, as well.

But, by and large, the cloud computing trend toward consolidation is pretty much undeniable: There are fewer cloud vendors than there once were--and the smaller ones that still exist are under more pressure than ever from big-name providers like AWS and Azure. In fact, it’s not uncommon these days to read advice that suggests that choosing a cloud provider other than one of the “Big Three”--meaning AWS, Azure and GCP--is too risky because you never know if a smaller provider will go out of business or be acquired.

Thriving in the Age of Cloud Consolidation

Now, onto the question that developers should be asking themselves as they plan the next stages of their cloud strategies: What does the cloud computing trend toward consolidation of the cloud market mean for your company?

While the answers to that question are somewhat speculative due to the fact that we don’t yet know exactly what the cloud market will look like in a year or two, here are some pointers to think about.

In case you needed another reason for adopting a multicloud strategy, consider the cloud consolidation trend. When you build, deploy and host your apps on multiple clouds, you gain greater assurance that the closure or acquisition of one of those clouds will not cause you an insurmountable headache.

Going multicloud might be particularly wise if you’re attached to a smaller cloud platform--like Heroku, for example. In that case, you might consider spreading your workloads across the smaller cloud and a larger one to hedge your bets.

2. Stay on-premises (or use a private cloud).

Beyond going multicloud, another way to shield yourself from the vicissitudes of the cloud market is to keep your workloads on-premises or to build a private cloud using a platform like OpenShift.

Indeed, this is exactly what vendors that are trying to compete with the likes of AWS and Azure hope you will do. It’s why companies like Dell and IBM have doubled-down on products designed to help build private clouds, or integrate on-premises infrastructure with their public clouds.

3. In the cloud, money is not everything.

One of the chief selling-points of many smaller clouds is that they cost less than the big-name public cloud providers. Wasabi boasts cloud storage costs that are one-fifth those of AWS S3, for example--not to mention a simpler pricing structure.

That’s great, but it would be not so great if you wake up to find out that your lower-cost cloud storage provider has gone out of business or been acquired.

I don’t mean to suggest that the cost savings of smaller clouds are not worth it. But you should factor this risk in when you plan your cloud strategy, and, at a minimum, have a plan for achieving a quick migration in the event that a cloud you rely on disappears.

Finally, it’s worth noting that although AWS, Azure and GCP seem like the safest bets for building a long-lasting cloud infrastructure today, they probably won’t remain in that position forever. Pessimists might point out that these vendors could even become over-extended and shoot themselves in the foot by trying to offer too many types of cloud services at once.

At minimum, it’s easy to imagine these clouds discontinuing certain types of services eventually in order to consolidate themselves. I’m not privy to the internal financials of AWS or Azure, for example, but I would bet that they are not making money on all of the services they offer, and I wouldn’t be surprised if they eventually stop providing some of them.

What this means is that there’s no guarantee that relying on a Big Three cloud will keep you safe, either--although you’ll probably have more warning before something changes.

Companies may be spending more than ever on the cloud, but the cloud market is shrinking in the sense that the number of vendors is dwindling, and big-name providers like AWS, Azure and GCP are capturing an outsize portion of the market. Companies seeking to build a cloud strategy that can endure a consolidating market need to factor this cloud computing trend into their plans and be sure that they can survive major shifts due to the failure or acquisition of a cloud provider that they rely on--or the discontinuation of a cloud service that they use.