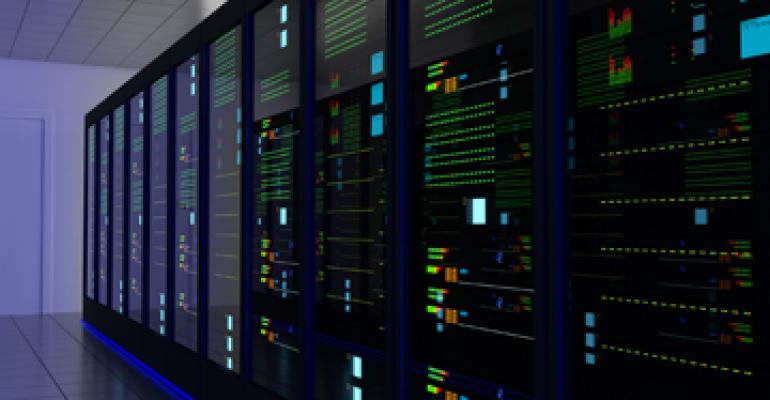 On-prem-as-a-Service Comes Into Its Own During Pandemic

With this approach, the hardware is owned by the service provider, so upfront capital expenses are replaced by operating expenses. Scaling up and down is easy. And the on-prem-as-a-service provider handles all the installation, maintenance, networking, and other aspects of running a data center

Many companies accelerated their move to the cloud during the pandemic – including cloud-based computing, and, with SASE, cloud-based networking and security as well. But not every company can move all its systems into the cloud.

Catchpoint, which helps companies see how all their networks are doing, falls into the latter two categories.

Federal agencies, for example, require a great deal of control over their data, said Nik Koutsoukos, the company's CMO and strategy and product leader. If the services were hosted in a public cloud, federal agencies wouldn't do business with Catchpoint.

"There's always going to be a need for infrastructure that is not public, that is not visible to everyone, for reasons of security and privacy," he told Data Center Knowledge.

But Catchpoint also has technical reasons to be on-prem – the software runs on bare metal.

"We need to have complete access to the hardware," Koutsoukos said. In addition, because the company monitors network performance everywhere its business clients have employees or customers, it needs to have servers in very specific locations, connected to many different service providers.

"Cloud providers don't have that," he said.

Public infrastructure providers do offer significant benefits, including the ability to scale up and down quickly, and to avoid upfront capital expenditures.

Catchpoint has found that it can get the best of both worlds by using on-prem-as-a-service.

With this approach, the hardware is owned by the service provider, so upfront capital expenses are replaced by operating expenses. Scaling up and down is easy. And the on-prem-as-a-service provider handles all the installation, maintenance, networking, and other aspects of running a data center. Meanwhile, Catchpoint retains full control over its own servers, down to bare metal.

"We need the flexibility as we are expanding," Koutsoukos said. "We're adding servers in other cities around the world. It's the perfect use for it."

Catchpoint currently has 1,400 locations globally, vantage points that its clients can use to run tests on their networks.

Koutsoukos said that he is very aware of the disruptions that are affecting the technology hardware markets.

"We haven't been impacted severely," he said. "Having that ability to scale without having to worry about going to the open market and source, that's a good thing."

According to a recent report by Insight Enterprises, 91% of IT decision makers have been impacted by IT supply chain disruption. To cope, 44% are shifting processing to the cloud, 43% are avoiding ad-hoc or last-minute purchases, and 42% are trying to improve their forecasting ability to be able to plan better for future technology needs.

"The ‘buy and try’ days are over," said Megan Amdahl, senior vice president of partner alliances and operations at Insight, a Tempe-based technology consultancy.

In addition,many companies don't have the in-house skill sets to stay on top of what's happening with industry inventories, she told Data Center Knowledge.

Those that run their own data centers and aren't ready to move to the cloud will move to models like on-prem-as-a-service, he said.

Many technology vendors are getting into the space. Insight, for example, partners with companies that provide on-prem-as-a-service, including Pure Storage, NetApp Keystone, Cisco Plus, HPe GreenLake, Dell APEX and others, said Kent Christensen, virtualization practice director for cloud and data center transformation at Insight.

The hardware can be located on premises or hosted, but the original equipment manufacturer owns the title to it, he said. The customer uses the equipment without having to own it.

Terms typically range from one to five years, he said.

This isn't the same thing as a lease.

"A lease is a way to finance a capital expense purchase," he said. "It is still a fixed asset and does not allow flexibility."

On-prem-as-a-service is specifically designed not to be a lease. It's a service that provides computing, memory, networking – everything required to run a workload, plus the ability to adjust services up and down.

"When you purchase compute as a service or data center as a service you have the ability to expand up or down depending on the specifics of the deal you negotiate with the vendor," he told Data Center Knowledge. "It's on a per-drink basis."

That means that you can burst for six or eight weeks, or lower usage, he said.

"Clients are saying, I'm not paying CapEx anymore," Rehac added. "Give me a data center or server as a service, and it's the only way I’m going to buy it."

He said that he sees clients looking to place the actual hardware both in their own on-prem data centers and in colocation facilities.

"But the predominant model I'm seeing in my clients is that mostly they're looking for solutions within cloud exchange points," he said. "Colo, but very near, from a latency perspective, to a cloud point of presence."

That allows customers to put applications in the cloud and connect to those applications with low latency, he said.

Equinix, the world's largest data center provider by revenue, is able to offer all the advantages of on-prem-as-a-service to its customers. With data centers around the world, it can offer convenient cloud on-ramps. And with its scale, it can purchase hardware in quantity, and far in advance, so customers are mostly isolated from the supply chain issues.

Even companies that invest millions of dollars in equipment are too small to handle today's supply chain challenges, said Jacob Smith, VP of bare metal marketing and strategy at Equinix.

Historically, he said, Equinix has been a colocation provider, with 230 data centers around the world with hundreds of thousands of racks where customers – and their partners – own and run the equipment.

"But they've been pushing us more to an operated model," Smith said. "Everything has to be a service. That's how people want it."

"We'll run the colo," he said. "We'll build the cages. We'll put the infrastructure inside the cages, the networking, the servers. It's our responsibility to fix it if it breaks. And we automate it so you can deploy it and put an operating system on it."

Equinix partners with both Dell and HP, he said. "We will actually own and control the Pure Storage box for you, but deliver it as a service."

Smith declined to give specific numbers for the company’s on-prem-as-a-service business, but did say that it's been growing faster than expected.

"We're growing by multiples each year," he said.

Equinix is still honing product market fit, and packaging it the right way, he added.

And while Equinix has been affected by supply chain disruptions, it hasn’t suffered to the same extent as individual companies, since it buys hardware one or two years in advance.

Individual companies were used to ordering, say, switches, and getting them in six to eight weeks. "It became 12 to 14 months," Smith said. "That caught people off-guard. You can get servers, but if you don't have switches, it doesn't matter. And even with servers, if one component is delayed, it's all delayed."

Another thing that has changed is how hardware suppliers are getting paid, he said.