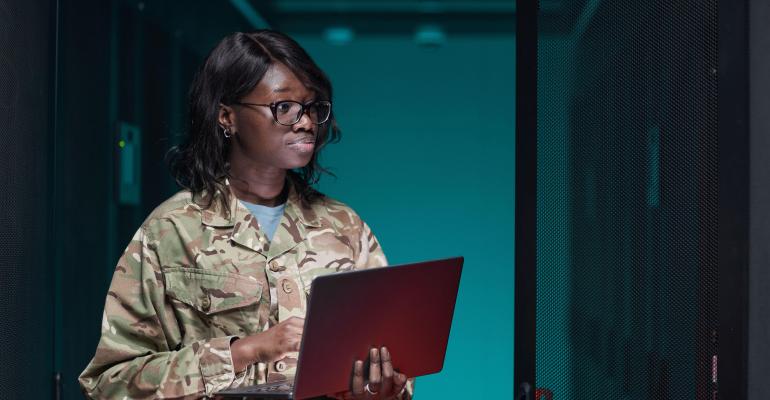 The U.S. Department of Defense awarded its $9 billion contract to four CSPs, leaving IBM out of the 5-year contract.

The U.S. Department of Defense (DoD) on Wednesday announced its decision on the Joint Warfighting Cloud Capability (JWCC) procurement, awarding the $9 billion contract to Amazon, Google, Microsoft, and Oracle – leaving IBM out in the cold.

DoD initially indicated it was considering five cloud service providers but didn’t specify whether it would award to one or several of the CSPs. The Big 3 of Amazon, Google, and Microsoft were in the running from the start, but Oracle, according to the New York Times, pushed for a multi-cloud architecture for the contract. This consulting posture seems to have won Oracle a seat at the table with the Big 3.

The JWCC was preceded by the Joint Enterprise Defense Infrastructure (JEDI), which was focused on a “large, common commercial cloud,” according to Reuters, whereas JWCC embraces multi-cloud, the burgeoning solution for building a resilient cloud network.

The decision by DoD also gives credence to the ever-growing trend of multi-cloud architecture for distributed workloads. Proponents of a multi-cloud architecture, such as VMware vice president of marketing Matthew Morgan, point to avoiding vendor exclusivity or ‘lock in’ in favor of the latitude to shift networks between CSPs as needed.

“In 2021 and beyond, organizations I've worked with will continue with the typical IT practice of heterogeneity of platforms, cloud providers and application stacks,” Morgan wrote in a 2021 article in Forbes. “We see this in the growth of all major cloud platforms and the lack of standardization of a singular cloud provider.”

DoD had multi-cloud aspirations for the JWCC as far back as December 2021, according to FCW.com.

“JWCC is not in competition with other cloud efforts. It is augmenting and filling for gaps, and because of the relationships [between DISA and the military departments] … we're able to collaborate together to figure out how do we best meet the requirements that are very complex across the department,” said Sharon Woods, executive director of the Defense Information Systems Agency’s cloud computing program office. Woods made these comments after a December 2021 event on the DoD’s cloud computing strategy.

The military government agency attempted a single-vendor solution in 2019 but was unsuccessful as its efforts were met with several lawsuits, contesting the fairness of the bidding process. The JEDI procurement was awarded to Microsoft in 2019, beating out cloud computing rival AWS in what some believe was a politically charged decision to back Microsoft for the $10 billion government contract. The Pentagon reversed course in July 2021 and rescinded the contract in favor of a multi-vendor solution.

The Pentagon rebranded the cloud initiative JWCC and declared it would decide a new contract by April 2022. In March of 2022, DoD pushed out the decision date to December because it expanded its scope from two CSPs to four. Yesterday, we saw the DoD opted to spread the contract out across all four CSPs with a $9 billion ceiling for the entire 5-year project.

AWS had this to say about the JWCC contract: “We are honored to have been selected for the Joint Warfighting Cloud Capability contract and look forward to continuing our support for the Department of Defense," said an AWS spokesperson to Data Center Knowledge. "From the enterprise to the tactical edge, we are ready to deliver industry-leading cloud services to enable the DoD to achieve its critical mission.”

Updated on Dec. 9, 2022 at 1:19 p.m. EST to include a statement from AWS about the JWCC contract from the U.S. Department of Defense.
TAGS: Amazon Google (Alphabet) Microsoft Oracle
0 comments
Hide comments
Recommended Reading