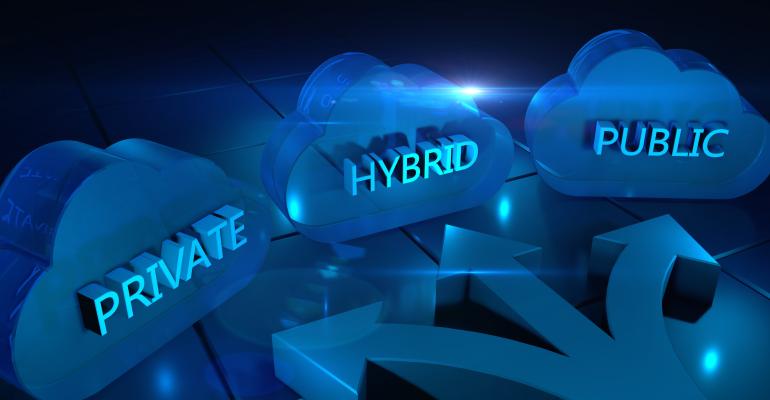 The 'Other' Hybrid Cloud Providers: IBM, Oracle and Cisco

The Big 3 clouds are not the only games in town when it comes to hybrid cloud providers.

For the first decade or so after the start of the modern cloud era (which began, more or less, with the launch of AWS in 2006), the public clouds mostly ignored hybrid architectures. That made sense--they wanted organizations to move their workloads into public cloud platforms entirely, not keep some on-premises.

During the past several years, however, it has become clear that not everyone wants to run everything in the public cloud. Due to concerns related to compliance, security, cost and other issues, some companies want to keep at least some of their workloads in private data centers (or “repatriate” them back there), even if they leverage public cloud services at the same time for other parts of their workloads.

Beyond Outposts, Arc and Anthos

Outposts, Azure Stack and Arc and Google Anthos are probably the best known of these platforms, but they’re hardly the only ones. “Smaller” public cloud vendors have also become hybrid cloud providers.

Oracle has perhaps done the most on the hybrid cloud front. In fact, its hybrid cloud platform, [email protected], debuted in 2016, which makes it older than most of the Big Three hybrid offerings. (Only Azure Stack dates back to 2016, and it spent that year in technical preview mode; it reached general availability in 2017.)

It’s easy enough to see why Oracle is committed to standing out among hybrid cloud providers. The company has spent the past decade trying to convince customers not to move to public clouds like AWS. (There’s a reason AWS’s data warehousing service is called Redshift: It’s designed to shift customers away from “Big Red,” which is a cheeky way of saying Oracle.) By making it easier for customers to keep their workloads partly on-premises while still taking advantage of the public cloud services offered by Oracle, [email protected] helps Oracle to keep its customers’ gaze from wandering toward the likes of AWS.

Cisco dove deeper into the pool of hybrid cloud providers with the announcement in late 2020 of an “ambitious new vision” for its Intersight platform.

Intersight itself is not new; Cisco has offered the cloud management platform since 2017. But the overhaul is designed to make it easier to manage workloads that span private data centers and a single or multiple public clouds.

Cisco has never been a major IaaS provider itself, which makes it different from the other cloud vendors who have made hybrid plays in recent years. But in focusing on hybrid and multi-cloud management, Cisco is perhaps angling to exploit a major limitation in the platforms of most other hybrid cloud providers: With the exception of Anthos and Azure Arc, the other solutions work only with a specific public cloud. Outposts is only for AWS, for instance, and Azure Stack is only for Azure. By providing a platform that can manage hybrid workloads that depend in part on multiple public clouds, Cisco helps solve this issue.

For a long time, IBM looked a lot like Oracle from the perspective of the cloud: It was a vendor with a lot of baggage whose main challenge was figuring out how to keep its customers away from the bigger-name public clouds.

Big Blue’s acquisition of Red Hat changed that by giving IBM access to OpenShift, the Kubernetes-based application deployment platform. Not surprisingly, IBM has been enhancing OpenShift in ways that cater to hybrid cloud use cases.

Like Cisco, IBM is not a major IaaS vendor itself (although it does have some offerings in this vein). Its OpenShift play surrounding hybrid cloud has less to do with convincing customers to use IBM cloud services in their own data centers than it does with deploying OpenShift as a way to manage private data centers, or in other public clouds.

Put another way, IBM appears to be using OpenShift to hedge its bets: Whether customers choose on-premises, the IBM cloud or a competing public cloud, they can use IBM technology, in the form of OpenShift, to manage their workloads.

The hybrid cloud landscape is evolving fast. Although the Big 3 clouds have captured most of the mindshare to date, they’re not the only games in town when it comes to hybrid cloud providers.