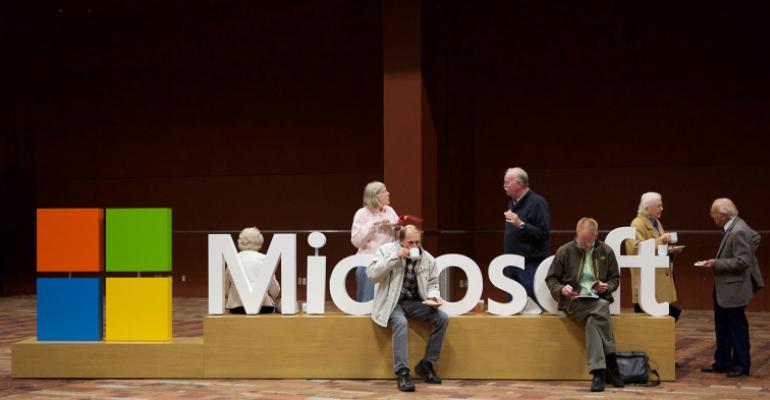 Microsoft is focusing attention on industries it believes have fallen behind when it comes to cloud modernization, like architecture and engineering.

(Bloomberg) -- Microsoft Corp. is ratcheting up its effort to build products catered to specific industry professionals in a bid to penetrate markets that have lagged behind other sectors when it comes to adopting more advanced software.

It’s a strategy that other major cloud computing providers are also pursuing. Alphabet Inc.’s Google Cloud is releasing new industry-specific applications after years of struggling to expand its enterprise business. And Oracle Corp., which remains a distant fourth, has a robust catalog of programs for professionals in sectors ranging from health care to human resources.

Microsoft is focusing attention on industries it believes have fallen behind when it comes to cloud modernization, like architecture and engineering. And early moves indicate where the Redmond, Washington-based company believes it can make the most impact.

Microsoft, for example, recently released its manufacturing cloud. It has also invested in technology such as digital twins -- a virtual replication of an object, like an automobile or skyscraper -- that hold the promise to upend many of the industrial sectors that Microsoft is homing in on.

Digital twins will enable engineers, designers and other professionals to collaborate in real-time on the simulated models, for example. And businesses can also deploy the technology to analyze virtual representations of machines in their factories to help pinpoint when maintenance may be required, among other uses.

It’s an application that will require an immense amount of cloud computing power that Microsoft can provide. But it’s also one the company won’t be able to support without a broader system of partners that provide the other critical software needed for digital twins to work properly. That’s why Microsoft has launched partnerships with companies like Johnson Controls International, Telstra Corp., Ansys Inc. and Bentley Systems Inc.

Alongside the industrial markets that have been slower to migrate to the cloud, Microsoft has also released products tailored to sectors like retail that have prioritized such investments.