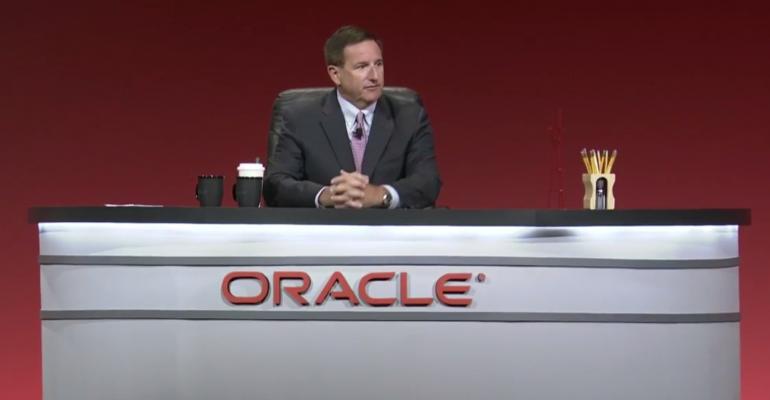 Microsoft in July revamped the way it pays its sales staff to tie incentives to how much customers actually use cloud-based software — rather than how many sign a contract for cloud services, according to sales chief Judson Althoff. Oracle has been rolling out new rewards for at least some employees that also are connected to customers’ use of its cloud services, according to people familiar with the matter.

Related: Why Companies Move Apps from Colocation to Cloud, and Why Some Move Back

International Business Machines Corp. in the past year has restructured its cloud sales team and tied compensation more closely to usage, according to other people with knowledge of the matter. Traditionally, companies would ink large software deals based on factors such as the number of a customer’s devices -- and not actual subsequent use of the products.

The cloud business is a crucial growth area for the traditional enterprise technology pioneers, battling against rivals Amazon.com Inc. and Alphabet Inc.’s Google. The public cloud services global market is likely to increase more than 18 percent to $260.2 billion this year and almost double to $411 billion in 2020, according to Gartner Inc. Microsoft, for example, said last week it had generated $20.4 billion in commercial cloud revenue on an annualized basis. Tying usage to sales incentives should help keep customers on board when it’s time to agree to a new contract, said Stephen White, an analyst with Gartner.

“The behaviors of the salespeople need to be more in tune with what a customer actually is going to need and use,” White said. “It certainly makes the renewal discussion easier.”

Previously, Microsoft had been bundling cloud services, such as Azure for storing and running data and cloud applications, with many of its multiyear deals. Althoff said the shift in pay incentives is a significant change.

“We did have ill-informed behaviors,” he said. “We tried to sell Azure the same way we tried to sell everything else at Microsoft, which is adding it into our enterprise agreement. People were like ‘Do you want fries with that? Do you want Azure with that?’ That didn't drive any meaningful work."

The incentive plan change fits with Chief Executive Officer Satya Nadella's aim to encourage Microsoft's products to be used and loved rather than merely paid for and tolerated.

IBM has been emphasizing selling cloud infrastructure services and software and tools geared toward specific business processes and industries such as health care and finance. Oracle has been turning its focus to the cloud as well and investing in staff. The company said in August it was adding more than 5,000 people, including in sales, for its cloud business – following other related hires earlier in the year in the U.S.

While Amazon remains the largest provider of cloud computing infrastructure, the traditional companies are showing signs of improvement. In its last quarter, Microsoft’s Azure service,  grew 90 percent while Office 365 increased 42 percent. Oracle reported that its overall cloud sales expanded by more than 50 percent during its last period to $1.5 billion and IBM’s sales in the market jumped about 20 percent in its third quarter to $4.1 billion.