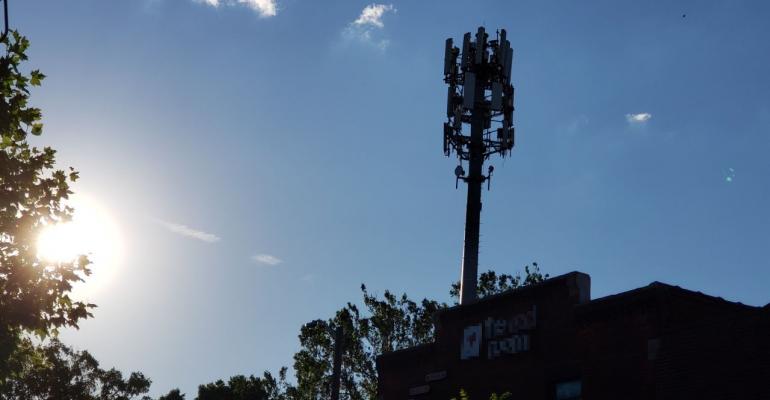 If Multi-access Edge Computing becomes an option for your data center services, would you be contracting with the cloud provider or the telco provider?

Perhaps the most informative aspect of last week’s official announcement by Microsoft of its Azure Private MEC service, comes from the partnership details. “MEC” refers to multi-access edge computing (the “M” originally stood for “mobile”), which is a technology associated with 5G Wireless but which actually took root during 4G LTE’s heyday. It’s a means of using the fiber optic data backhaul channels of wireless networks to provide the connectivity for small data centers stationed closer to customers — a way for telcos to compete on some level with colo providers.

In Microsoft’s blog post last Wednesday, AT&T was listed in two places: as an operator and system integrator, and as a customer. That’s the same terminology, and the same placement, a software company would use to classify a reseller. When you’re a partner that helps a customer adopt, say, a customer relationship management platform, you’re one of those valuable “system integrators” (see this example from SugarCRM).

By comparison, when Verizon started making room for Azure last September, it was for a private MEC service that would carry the Verizon brand.

It all matters because of a critical outstanding question: When data centers parked alongside telcos’ radio towers and central offices provide cloud services to enterprise customers in their respective vicinities, will they be telco-branded or cloud-branded? When Verizon partnered with AWS last April, extending the “Outposts” service to telcos’ MEC locations, their joint product looked like it would be “Verizon Private MEC.”

And when a similar partnership was announced later with Microsoft, the details told us that Azure would be playing the role of “integrator,” in an arrangement that kept the Verizon brand at the forefront.

So it was that we posed a loaded question to Microsoft: Is it the company’s intent to offer Azure Private MEC exclusively through telcos such as AT&T, so that they in turn could offer it to their own business service subscribers?

“Our partners are critical for Azure Private MEC to span the ecosystem of hardware, application, and the network,” began Microsoft’s response to Data Center Knowledge.  “This enables operators and systems integrators who are building on top of our platform to create solutions that drive new innovations and enterprise digital transformation. These include operators, managed service providers, and systems integrators who are responsible for the planning, deployment, and the operation of an Azure private MEC implementation; platform partners, who bring critical hardware and software components to the Azure private MEC ecosystem; and application ISVs, who offer ready-to-deploy solutions.”

This response cemented AT&T’s role in this relationship: as an integrator and an effective reseller of an Azure-branded service.

In May 2020, as Mary Branscombe reported, Microsoft began offering a concept called “Azure Edge Zones.” It described this service at the time as the product of an experiment with AT&T to deploy workloads in locations closer to customers, using AT&T’s communications lines and Azure’s computing infrastructure. Now, a search for the phrase redirects users to Azure Private MEC.

The Private MEC concept originated with telcos, as a means of building cloud computing services into their product portfolios. As the idea caught on (prior to the pandemic), its first industry adopters perceived it as a way to deploy a stronger, more reliable communications scheme than Wi-Fi, in large campuses with multitudes of wirelessly connected devices — for example, manufacturing facilities. MEC offered those customers what appeared to be an escape hatch from vendor lock-in, for both telco and cloud providers — a way to own their own slice of the network, and integrate it with their IT operations to save costs.

So how does Microsoft plan to reconcile the interests of operator partners such as AT&T and Verizon, with potential Azure service customers who are looking for pay-as-you-go service plans across the board?

“Microsoft’s Private MEC platform supports multiple access mechanisms including licensed and licensed spectrum options,” replied the Microsoft spokesperson.  “Azure Private MEC expands the scope of possibilities from a single platform and service to a combination of edge compute, multi-access networking stacks, and the application services that run together at the far edge. These capabilities help simplify integration complexity and securely manage services from the cloud for high-performance networking and applications.  With Azure private MEC, customers and partners will have access to a growing portfolio of Azure services, ISVs, and the developer ecosystem. Operators will have their choice of a curated ecosystem of products, cloud services and applications.”

In other words, there’s no clear answer to that yet. Microsoft appears willing to keep every option open, to see just how enterprise IT pans out.

All options except for one, that is: Microsoft will not be providing so-called “last-mile connectivity” — the bridges that connect telco networks to private networks. And this may be the crack in the door that Azure leaves open: As long as industries are dependent upon telcos to bridge that last mile, they may be able to exploit that dependency with long-term contracts.