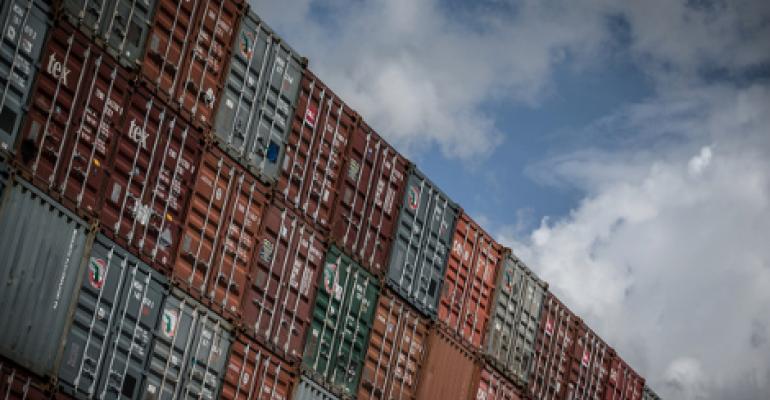 Matt Cardy/Getty Images
SOUTHAMPTON, UNITED KINGDOM - AUGUST 13: Shipping containers are seen close to the Border Force office at Southampton docks on August 13, 2014 in Southampton, England. Border Force is the law enforcement command within the Home Office responsible for the security of the UK border by enforcing immigration and customs controls on people and goods entering the UK. Border Force officers work at 140 sea and airports across the UK and overseas. (Photo by Matt Cardy/Getty Images)
Cloud

On Wednesday the company announced it’s joined the Cloud Native Computing Foundation as a top tier platinum member. The foundation is a project of the Linux Foundation, where Microsoft is also a platinum member. According to CNCF’s website, the membership is costing Microsoft $370,000 per year.

“We have contributed across many cloud native projects, including Kubernetes, Helm, containerd, and gRPC, and plan to expand our involvement in the future,” said Corey Sanders, Microsoft’s partner director. “Joining the Cloud Native Computing Foundation is another natural step on our open source journey, and we look forward to learning and engaging with the community on a deeper level as a CNCF member.”

Although the foundation hosts at least 10 projects, including containerd and gRPC (which Sanders mentioned in his statement), the organization’s crown jewel is Kubernetes, which has become an essential element for managing containers. Having input into the direction of Kubernetes’ development is most of what Microsoft is buying with this membership.

Redmond considers Kubernetes an important part of both Azure and its Azure Container Service. So important that in May the company introduced Draft, an Azure tool to streamline application development and deployment into any Kubernetes cluster. And on Wednesday — the same day it joined CNCF — it announced Azure Container Instances for setting up containers without having to manage virtual machines or deal with container orchestration. If orchestration is wanted or needed, however, Microsoft has released an open source Kubernetes connector for ACI.

The reason Kubernetes is important to Azure is because of its wide use in the enterprise.

Like other cloud providers, Azure is seeking to lure enterprise customers to its public cloud, and many of those potential customers are deploying open source solutions — notably OpenStack — as the backbone of their private clouds. Because OpenStack clouds are almost invariably going to be employing Kubernetes as part of their container deployment infrastructure, this makes supporting it an important carrot to dangle to convince enterprise users to consider Azure for any hybrid cloud plans — because its what they’re already using.

Kubernetes support also gives Azure (as well as Google Cloud Platform, IBM Bluemix and others) an edge over Amazon Web Services — and if you’re in the cloud business and your name isn’t Amazon, you need an edge over giant-in-the-room AWS. Kubernetes can be run on Amazon’s cloud, but not as easily as running AWS’s supported house-brand, Elastic Container Service. One problem the enterprise might have with ECS, however, is that it only runs on AWS; it’s not portable.

CNCF, of course, is happy to have Microsoft on board.

“We are honored to have Microsoft, widely recognized as one of the most important enterprise technology and cloud providers in the world, join CNCF as a platinum member,” said Dan Kohn, who is the foundation’s executive director. “Their membership, along with other global cloud providers that also belong to CNCF, is a testament to the importance and growth of cloud native technologies. We believe Microsoft’s increasing commitment to open source infrastructure will be a significant asset to the CNCF.”

As part of Microsoft’s Platinum membership, Gabe Monroy, the lead project manager for containers at Azure, will join CNCF’s governing board.