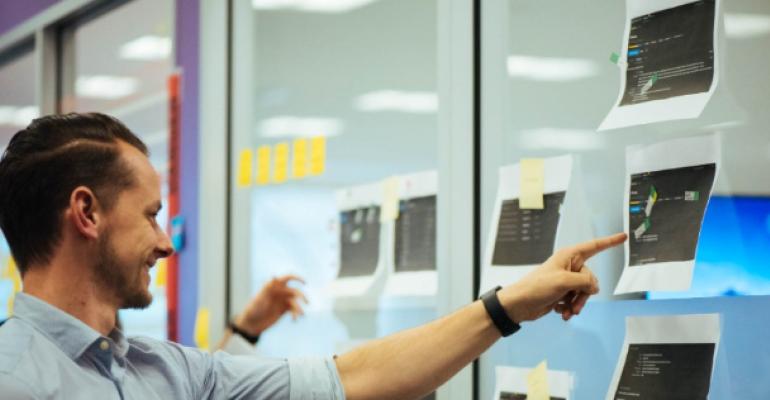 According to a recent user survey by Mesosphere, forecasts of the demise of on-premises data centers don't appear to be coming true • While companies do continue to move to the cloud, many are taking the hybrid approach, keeping much of their data and workloads within the four walls of their own data centers • Compared to two years ago, on-premises-only or cloud-only deployments of the company's software are down, while hybrid deployments are up, for the first time topping the former two delivery strategies

"Hybrid" and "containers" are the dominating keywords in a survey released this week by Mesosphere, and that shouldn't come as a surprise.

On this year's tech conference circuit, it's the rare keynote that doesn't at least mention the hybrid cloud. In expo halls, late-to-the-fair vendors who'd been ignoring containers a year ago were now sure to note that their products either included or supported Kubernetes.

Mesosphere is a San Francisco-based open source company that's known for DC/OS, the Apache Mesos-based open source "data center operating system," which makes it appear as if an entire data center is running on a single OS. Every year the company surveys its users to "get a better sense of what changed and what stayed the same," and then incorporates some monthly download statistics to determine which services are being leveraged by Mesosphere users.

Although much of the survey focuses on Mesosphere-specific metrics (such as the fact that 46 percent of the company's users are in the software business), it still offers a pretty good snapshot of what's happening in enterprise IT these days -- even if confined to areas that are appropriate to DC/OS.

According to the survey, forecasts of the demise of on-premises data centers don't appear to be coming true. While companies do continue to move to the cloud, many are taking the hybrid approach, keeping much of their data and workloads within the four walls of their own data centers.

When compared with figures from 2016, companies deploying Mesosphere's software on-prem only, without using the public cloud, are down by 5 percent (from 43 percent to 38 percent), while the number of cloud-only operations is down from 34 percent to 30 percent. During the same period, hybrid deployments rose 8 percent (from 24 percent to 32 percent). This represents a 33 percent increase in hybrid use, making hybrid more prevalent than cloud-only deployments.

Multi-cloud use is also growing, with single-cloud use on the decline. In 2016, 86.7 percent of the respondents indicated their organization relied on services of a single public cloud provider, a number that dropped to 76 percent in the most recent survey -- a 10 percent decline. Twenty percent said they currently use two clouds, up from 11.2 percent, and 4 percent indicated they use three or more clouds, up from 2.1 percent in 2016.

So, which cloud providers are companies using? Amazon Web Services, predictably, tops the list at 77 percent, although its use is relatively flat from 2016, showing only a 1 percent increase. The fastest-growing cloud, according to the report, is Microsoft Azure, which has seen 85 percent growth since 2016, followed by Google Cloud Platform with 40 percent growth.

The use of hybrid cloud also seems to be independent of company size, which is something of a surprise since the hybrid approach is often presented as a way for large enterprise players to keep sensitive data safely on-prem while harnessing the cloud's advantages. But the survey indicates only an 11 percent difference between companies with 201 to 1,000 employees (34 percent) and large enterprises with staffs larger than 10,000 (38 percent). Very small companies, ones with 200 or fewer employees, are the only relative outliers, with 27 percent indicating they're taking the hybrid cloud approach.

Whether cloud, on-prem, or hybrid, container use continues to rise. The survey indicates that 84 percent of the respondents indicated they run "containers - microservices architecture" on Mesosphere, far ahead of "monolithic and legacy apps" (48 percent), "data services" (45 percent), and "analytics, AI/ML" (43 percent). Eighty-four percent also said they're "running containers in production," up from 62 percent in 2016.

The container orchestration system, Kubernetes, makes its premiere in the survey, arriving at the top of the "workloads launched on Mesosphere" list.

"To dig further into what is driving interest in running Kubernetes on Mesosphere -- 97 percent of respondents chose simplifying deployment, followed by ease of upgrade, scaling out, and administrative support," the survey report says.