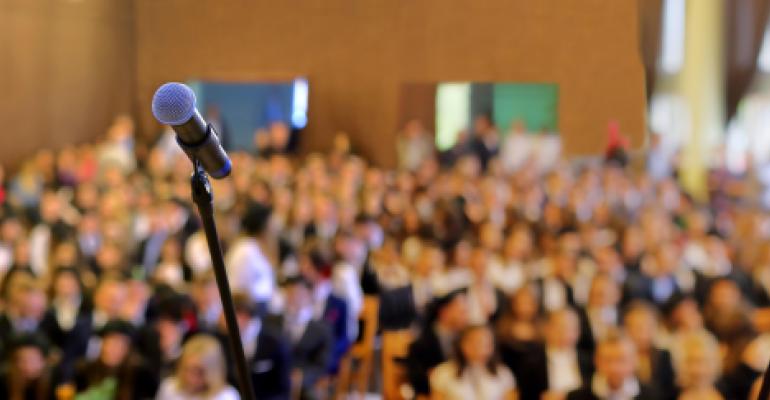 After a flurry of conferences, announcements, and events in the tech industry last month, it’s clear cloud providers experienced exponential growth in the last few years in AI and cloud capabilities.

Based on Data Center Knowledge’s review of recent announcements during Google Next, Microsoft Ignite, and Oracle CloudWorld, the three public cloud providers are focusing on business digitalization and more hybrid work while increasing cloud security and multi-cloud offerings.

Oracle’s co-founder Larry Ellison on the last quarterly call in September said that “multi-cloud interoperability is one of the reasons our infrastructure business is booming, growing 50 percent in US dollars.”

Oracle seems focused on siphoning customers away from rival AWS, adding that the general complaint was the increase in service costs.

Microsoft Ignite was heavy with 365-related news and announcements. Focusing on the next 10 years was Chief Executive Officer, Satya Nadella’s keynote address which suggested capitalizing on the increase in hybrid work, digital business, and telehealth.

“Going forward,” Nadella said, “every organization will need a more distributed, more intelligent, more autonomous computing fabric, one that they can use to rapidly build, manage and deploy applications anywhere.”

While all three listed hundreds of adjacent or similar changes for their systems, Google Next stood out for its focus on AI and machine learning, especially for Google Translate.

“With advances in machine learning, we’ve developed a monolingual approach where the model learns to translate a new language without ever seeing a direct translation of it,” said CEO Sundar Pichai.

Here’s a round-up of the top announcements and what they could mean for cloud computing, the data center, and digital infrastructure.

Google made more than 123 announcements during Google Next as they presented and demonstrated the upcoming features which emphasize data protection, cybersecurity, hybrid work, and more for the Google Cloud Platform.

A strategy For the Open Infrastructure Cloud

Google also added a workload-optimized infrastructure, most notable being the AI Tensor Processing Unit (TPU) for neural network machine learning. It runs large-scale training workloads 80 percent faster and 50 percent cheaper. The drawback, the TPU can only be used with Google’sTensorFlow or TensorFlow Lite.

A new translation hub using AI and ML can translate documents into 135 languages while preserving layout and style. This allows real-world usage making the translation easier for image uploads like menus, signage, and business cards. The feature overlays the translated text on the image taking its cue from the picture to give context to the words.

Migrating from Mainframe to Cloud with Minimal Risk

Google’s Dual Run allows you to run mainframe workloads, the workhorse of many businesses, simultaneously on both existing mainframes and Google Cloud. This means that you can do real-time testing to help you cut over and retire the digital beasts of burden. Think of banks, big-box retailers, and credit card companies that still use mainframes. They can ill afford to move from mainframe to cloud without the stress of a glitch eliminating all the data. Dual Run allows two systems to run at once.

“Dual Run enables parallel processing, which means customers can make a digital copy of their mainframe systems and run it simultaneously on Google Cloud without affecting their core business or negatively impacting the end-user experience,” said Sachin Gupta, vice president and general manager of infrastructure, Google.

Will Big Query Live Up to Expectations?

Big Query support for unstructured data formats is a big deal for you as it analyzes information across clouds. A query can be designed or executed to run on thousands of nodes with download results. Big Query is meant to support SQL-like queries, important for data scientists and analysts to process terabytes since they would have to build the backend infrastructure. Google says Big Query eliminates this and is meant to be paired with Google Analytics to speed up processing times.

Under the theme, “Do more with less,” Microsoft’s Nadella highlighted changes the new Microsoft Cloud will offer.

Just as Microsoft did with Apple, they are turning to their competitor to strengthen the product. In the first half of 2023, Cisco and Microsoft will soon offer the ability to run Microsoft Teams natively on Cisco Room and Desk devices Certified for Microsoft Teams, with the option of Teams as the default experience. This is great for customers as the demand for cloud-capable workspaces increases.

“Our vision to make Teams the best collaboration experience for physical spaces is brought to life by our incredible ecosystem of hardware partners,” said Jeff Teper, president, collaborative apps and platforms at Microsoft.

“To meet the growing demands and evolving expectations of customers to remain competitive, every company will need to become a digital company,” explains Roanne Sones, corporate vice president of Azure Edge and Platform at Microsoft. Microsoft is banking on this with improvements to Azure, and its cloud infrastructure with Azure Arc.

The just-announced Azure Arc extends Azure to provide a platform for multi-cloud and on-premises environments. Since telecommunications, manufacturing, and other highly regulated industries often require certain data and applications to be kept on-premises, Microsoft intends for Azure Arc to manage data across these environments. This enables companies to build apps to run on-premises, edge, and multi-cloud.

Nadella introduced Microsoft’s security solutions: Entra, Purview, Priva, Intune, Defender, and Sentinel. Notably, the Defender is designed to have an automatic attack disruption feature according to Nadella that aims to limit a hacker’s lateral movement and stop ransomware before it gets a chance to encrypt your data. Microsoft Entra Identity Governance was also announced, enabling better control over digital identities.

A new Oracle platform was introduced, as well as a beta for Oracle's converged database and MySQL HeatWave Lakehouse at the conference held in Las Vegas. Ellison indicates that Oracle’s MySQL HeatWave will deliver better performance than Snowflake and Amazon Redshift with higher throughput than Amazon Aurora.

This is the new platform for server providers and system integrators. Cloud service providers and data center cloud operators can use Alloy to control regulatory and operations requirements. Alloy is customizable so you can use your own branding while making the platform customizable to your needs. Partners set the pricing, rate cards, account types, discount schedules, service levels, and support structures, according to Oracle.

Look out for converged databases with a new application meant for JSON, Graph SQL, or microservices. According to Oracle, 23c seeks to make SQL easier to use and adds JavaScript as a stored procedure language. The latest version includes JSON Relational Duality for unifying data representation in applications and data storage in relational databases. With this duality capability, data can be used as app-friendly JSON documents and database-friendly relational tables.

Soni Brown is a freelance writer and editor. Her educational background in art, gastronomy, and journalism has given her a broad base from which to approach many topics.