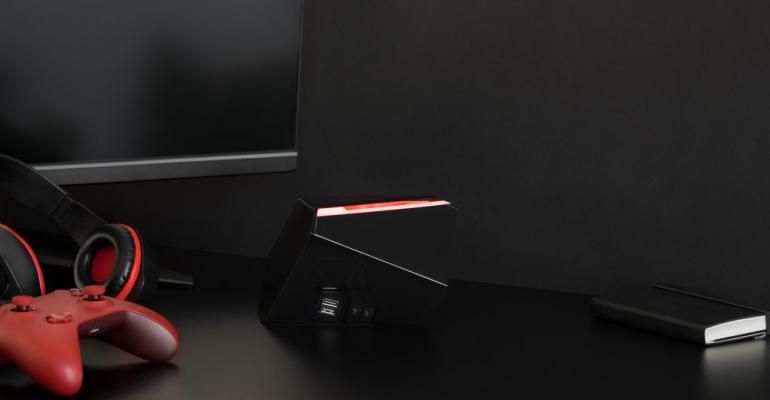 Blade replaces your gaming PC with a dedicated VM hosted in an Equinix data center near you. The company is launching its services in California in February.

Replacing your gaming PC or console with a shiny new model once every few years is fun but expensive. A French startup wants to solve this problem.

Blade, a Paris-based company launched in 2015, says it will upgrade your gaming rig with the latest and greatest components for you, except you won’t actually have a rig sitting in your house. Blade’s Shadow is a subscription service, hosted in an Equinix data center near you.

What you get for the (fairly steep) price of $35 per month is a dedicated VM running your games on the latest Intel, Nvidia, and AMD hardware Blade has invested in.

Cloud-based gaming services sound great in theory, but it’s difficult to guarantee that they will perform well enough for every user to have a good gaming experience. Each user’s latency will vary based on their internet connection and physical proximity to the nearest stored copy of the game.

Blade’s way of getting around these issues is to simply not offer the service in regions where it doesn’t have data centers. Users must also have at least a 15 Mbps internet connection to use Shadow.

After operating out of several Equinix facilities in Europe for about a year, the company is expanding into the US, planning to launch the service in California in February, also hosted by Equinix. It plans to have availability across the continental US sometime this summer, according to an announcement released at the CES conference in Las Vegas Thursday.

Each user will get a dedicated Nvidia GPU, 12 gigs of RAM, eight dedicated Intel Xeon processor threads, and 256 gigs of storage. The company does also plan to offer a physical box to users that need one. It will include network ports and an AMD accelerated processing unit for real-time decoding.

Blade has raised $77 million from “several successful entrepreneurs” to date. The company recently opened an office in Palo Alto.