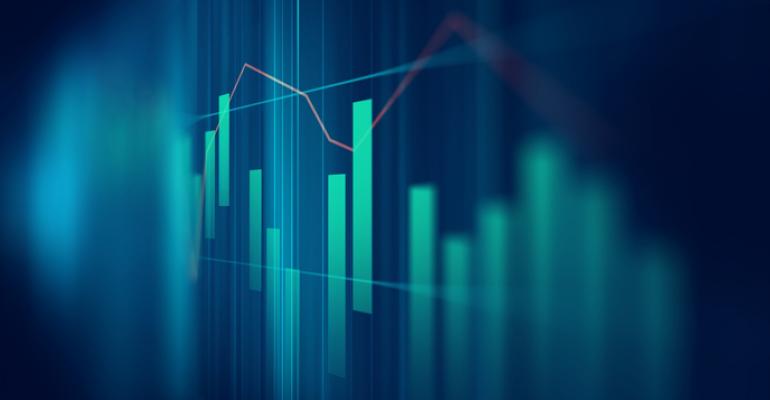 Five Takeaways from The Most Recent Public Cloud Services Earnings

Earnings from AWS, Microsoft and Alphabet came out this week, and what we can see is a trend: accelerated growth across public cloud services marked by enterprise demand for data analytics, security and compliance, and machine learning.

GDPR Compliance Is Top of Mind.

There is officially less than a month to go before the new GDPR regulations go into effect, so it makes sense that analysts want to know how the compliance efforts of the top cloud providers are going.

“We started working on GDPR compliance over 18 months ago and have been very, very engaged on it. It's really important, and we care about getting it right,” Sundar Pichai, Google CEO said. “And overall, we have long had a very robust and strong privacy program at Google, too. So we are committed to meeting requirements on May 25 and also long term. We are working very closely with advertisers, publishers and our partners. And we will also update all the privacy policies and controls we provide to users worldwide. So it's a big effort. We are very committed to it. We are very focused on getting it right by our users and partners, and that's where our focus is now.”

Satya Nadella, Microsoft CEO said, “Our success is grounded in our customers' success. We have been working towards the May 25th GDPR implementation date since 2016 with hundreds of engineers across the company working on end-to-end privacy architecture, and we'll ensure that all our products and services are GDPR compliant.”

“For customers, we will provide robust tools backed by our contractual commitments to help them comply with GDPR. In fact, for most customers it will be more effective and less costly to host their data in Microsoft's GDPR-compliant cloud than to develop and maintain GDPR compliance tools themselves.”

Microsoft Teams – its version of Slack – is used by more than 200,000 organizations in 181 markets with marquis customers including Maersk and General Motors. Like other Microsoft solutions, it is benefiting from AI-powered services, Nadella said.

“G Suite has reached a point where it can serve all the needs of a large enterprise, and as a result, grow at a certain inflection point. The Suite is growing from strength to strength. We believe our secure environment is an important factor in driving enterprise customer wins. G Suite customers like Colgate-Palmolive Company tell us that no one offers a better combination of hardware, network and data security. In Q1, we also signed agreements with customers like Airbus and Thailand's Krung Thai Bank. As a result, G Suite revenue growth accelerated in Q1.”

No one can get this big alone, and Amazon, Microsoft and Google are recognizing customers and partners as critical counterparts in driving public cloud services growth.

Brian T. Olsavsky, Amazon CFO said that AWS is seeing strong usage by existing customers and new customer sign-ups. “We are seeing people move more and more of their workflows to AWS and at a faster pace,” he said.

At Google, Pichai notes the synergies between G Suite and cloud, and how partnerships have driven growth in that area.

“Areas where we have done acquisitions like Apigee, they are beginning to work in terms of driving synergies to cloud. And the efforts we are beginning to put, with our partners, that is beginning to bear fruit as well. So we have go-to-market programs now with SAP, Cisco and Salesforce. And I think we are beginning to see early results from that, and hopefully, that translates into more momentum going forward.”

Research firms including Synergy Research Group and Canalys agree that AWS accounts for around one-third of the overall cloud market share. Synergy says that AWS worldwide market share has held steady at around 33 percent for 12 quarters, even as the market has grown, and Canalys pegs AWS market share at around 32 percent. For comparison, Microsoft is between 13 and 15 percent market share, and Google is between five and six percent, respectively.

Years ago, when people first started to take AWS seriously as a threat to the entire cloud vendor landscape, smaller cloud providers would say that though Amazon had the scale, its support and features could not match theirs. Later, to some people, it seemed that it was game over, and Amazon had won.

It turns out neither prediction was entirely true. Scale – while certainly a success factor for the top public cloud services providers, and one that the top providers addressed in their earnings calls – is only partly responsible for the numbers they are pulling in. Features and new services are where the biggest opportunity lies – especially when it comes to machine learning.