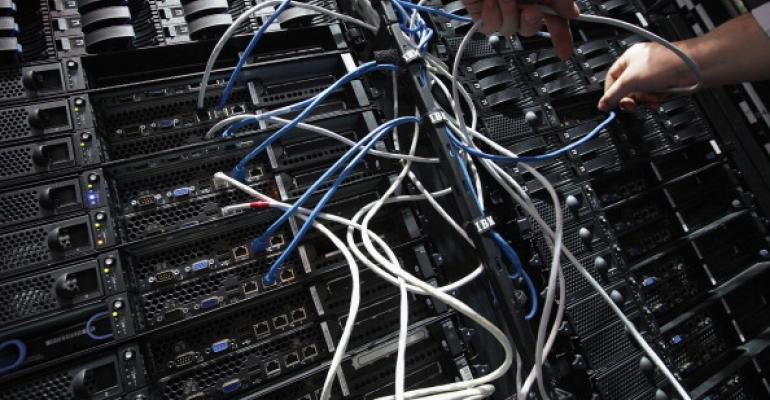 The stories go as far back as 2005, when Capital One eliminated 170 jobs by outsourcing its data center operations to IBM, and to more recent times, such as 2015, when the gaming company Zynga cut more than 360 jobs by closing its data centers and moving the workloads to Amazon Web Services.

Related: How to Get a Data Center Job at Facebook

On the surface, it would seem that technician-level data center jobs -- network administrators, systems engineers, storage engineers, etc. – are endangered species. But that’s not necessarily true; in some cases, the jobs are moving from companies operating their own data centers to Infrastructure-as-a-Service specialists, said Klavs Miller, CTO at Dice, the IT job site.

In coming years, many data center jobs will likely shift away from companies where “this is a secondary support function,” he said.

But data center technicians will still be in demand, Miller added. For example, the US unemployment rate for network administrators in 2017 was 1.1 percent, far below the national average of more than 4 percent, he noted, citing the Bureau of Labor Statistics. “That low number points to how challenging it is for companies to find and hire these roles,” he added.

Miller also sees traditional data center jobs evolving into either specialized hardware and infrastructure engineers, or into versatile DevOps engineers, “bleeding the edges between traditional IT operations and software development.”

As more companies move services to the cloud, there is demand for data center technicians who don’t work for IT vendors, he added. “Companies across industries are either migrating to the cloud or preparing to in the future, and they have to have dedicated people to carry this out,” he said.

‘Reskilling and Skilling Up’

FRG Technology Consulting has seen lower demand for data center hardware specialists in recent months, including those who work with network routers and switches, said Sam Samarasekera, manager at the IT recruiting firm. However, data center technicians working at the server and application levels are “reskilling and skilling up to become familiar with cloud products,” he said.

The IT job specialists recommend that data center technicians be flexible about job roles and embrace training opportunities. And they should look for ways to improve their cloud computing skills, said Leon Adato, head geek at SolarWinds, a network and systems management vendor.

“For IT professionals and data center technicians, specializing in technology paradigms related to the cloud while developing a broad understanding of a variety of its facets will be critical to success,” Adato said. “IT professionals who are operating or will operate in hybrid IT environments — and that’s just about everyone — must develop new skills to remain relevant.”

Traditionally siloed IT roles are converging, and IT workers need a “laser focus” on improving skillsets that were once considered cutting edge, he added. These skillsets, including automation and data analytics, are now fundamental skills that will help workers operate in cloud environments.

In addition, data center workers will need to be familiar with the latest technology trends affecting their employer, Adato added. “Getting left behind is a very real possibility,” he said. “Even a veteran IT professional runs the risk of losing out on interesting projects, a seat at the table with decision makers, or even a promotion to someone better equipped to handle the new responsibilities associated with the cloud and hybrid IT if they do not skill up and prepare for the changing environment.”

Part of the challenge for data center workers is the pace of change. Migrations to the cloud are happening faster than “any technological shift we’ve seen in the last 30 years,” Adato said, citing SolarWinds’ 2017 IT Trends report. “While some applications, services, and systems may move to the cloud and ultimately come back, most will remain in their new home.”

The rapid adoption of cloud technologies doesn’t necessarily mean layoffs of a company’s in-house data center technicians, however. When Dice moved hosting operations to the cloud in late 2017, for example, the company’s systems engineers were offered training to transition into new roles, Miller said.

Many “were able to go from their traditional systems focus to becoming much closer aligned to our business and adopting many cloud technologies and skills along the way,” he said. “In my experience, the best companies will assess and develop the talent within to work on important projects.”

In many cases, data center technicians can view their company’s move to the cloud as a career opportunity, he added. “You do hear about layoffs related to the cloud, but I think that’s not a true picture of what’s happening,” Miller said. “There’s likely a sliver or roles that would be redundant with cloud migrations, but the majority of the time, roles evolve with the changing technology, and skilled tech pros become adept at becoming reskilled.”

“All servers work around similar concepts,” he said. “If your business uses a Microsoft Azure server, technicians who have experience of working with a similar [on-premises] product, such as Windows Server, will have the necessary transferable skills to perform the actions required with sufficient training and a willingness to learn, and this is where I see the majority of data center staff ending up.”