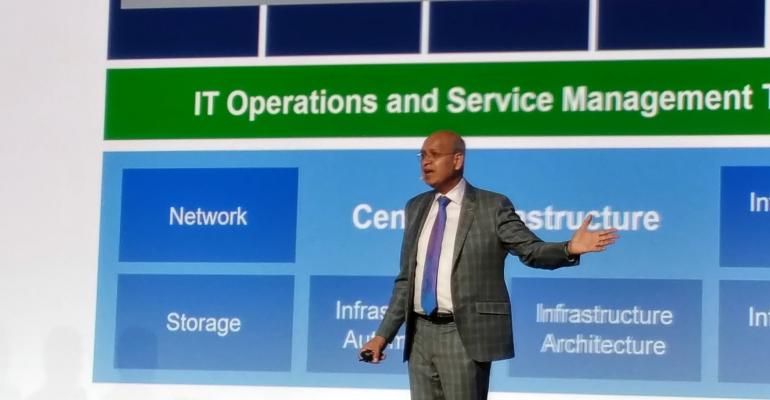 Unlike IaaS, SaaS prices have been steadily inching up, and switching vendors is really hard.

The days of buying enterprise software licenses are numbered. As soon as two years from now (by 2019), at least a third of the largest software vendors will have transitioned their products from cloud-first to cloud-only, Milind Govenkar, research VP at Gartner, said.

This forecast has serious implications for their customers. Watching Infrastructure-as-a-Service prices race to the bottom, it’s easy to assume Software-as-a-Service products will do the same. What’s happening is the opposite.

In general, SaaS prices have gone up about 8 percent a year over the last three years, Govenkar said. “The area you need to be careful about is SaaS,” he said from stage at Gartner’s annual conference for IT infrastructure operations professionals in Las Vegas this week.

Customers’ ability to move workloads from one IaaS cloud provider to another – specifically technologies around application containers – is getting better and better. But SaaS is a “lock-in strategy,” he said. Companies that use software products by the likes of SAP, Oracle, and Salesforce deeply integrate them throughout their operations. That makes it extremely difficult to switch from one vendor to another.

In a SaaS scenario, where the customer is a subscriber who doesn’t own the piece of software that’s their lifeblood, little stops the vendor from continuing to raise the price of subscription.

And one of the stickiest kinds of enterprise software is data center infrastructure management, or DCIM, software. These solutions are notoriously difficult and expensive to deploy. Once up and running, they permeate every layer of the infrastructure, often encompassing everything from electrical and mechanical systems to IT hardware. Increasingly, they’re also being integrated with IT service management systems, reaching even more of a company’s nervous system.

Schneider Electric, which has a market leading suite of DCIM software products, already offers customers an option to use them as subscription-based cloud services. But its long-term goal is to make them cloud-only.

“That’s the roadmap,” Steven Carlini, senior marketing director for the company’s data center products, said in an interview with Data Center Knowledge. “Because it makes sense; instead of trying to have (on-premises) instances of DCIM and every application, to have it managed in the cloud and have the data, so that’s the roadmap.”

In Schneider’s case, however, the transition may take longer than Govenkar’s projected two-year timeframe. Customers own more than 10,000 licenses of its on-prem DCIM software today, each license for managing about 100 devices on average. It may be well over even five years “before we completely get rid of the on-prem,” Carlini said.