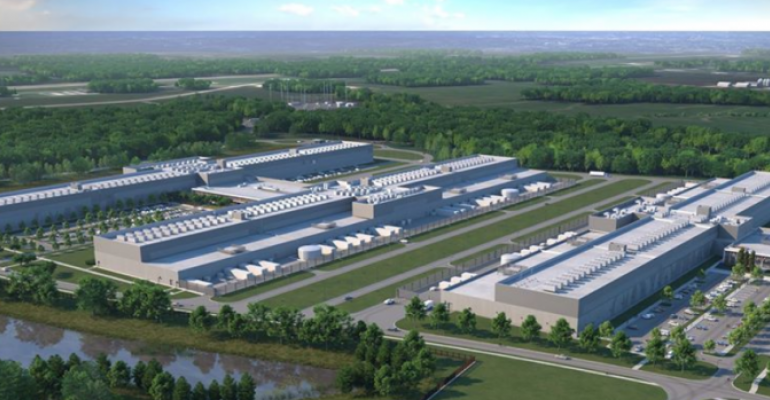 Analysts: There are Now More than 500 Hyperscale Data Centers in the World

It took two years to build more than 100 massive server farms, but the rate is accelerating.

How long does it take the world to build 100 hyperscale data centers? Lately, about two years.

The number of these massive facilities -- they house all our data, serve all our entertainment, and power and cool the computing infrastructure for applications our lives now revolve around -- is now north of 500, says one analyst firm.

According to Synergy Research, which tracks the data center market, the number crossed the 500 mark in the third quarter and reached 504. At the end of 2017, Synergy was tracking 390 hyperscale facilities.

Different experts have different opinions on what exactly constitutes a hyperscale data center. Synergy uses its own “scale-of-business criteria” in assessing the size of company operations in various cloud, e-commerce, or social networking markets, John Dinsdale, chief analyst and research director at the firm, explained to us earlier. The facilities are measured in tens of thousands of servers, he explained.

Synergy based its most recent research on analysis of the data center footprint of 20 largest cloud and internet companies. These are the likes of Amazon, Microsoft, Google, and Facebook, but also smaller-footprint operators like Twitter, eBay, Alibaba, and Baidu.

While most of the 504 hyperscale facilities (40 percent) are in the US, the highest rates of growth have been in Europe and Asia-Pacific. China, Japan, the UK, Germany, and Australia now account for 32 percent of the total.

Amazon and Microsoft launched more than half of all new data centers in the last 12 months. Google and Alibaba were “the next most active companies,” according to Synergy.

The cloud and internet giants lease more than 70 percent of their hyperscale data center footprint from commercial data center operators. The research firm has another 151 data centers under construction in its sights, Dinsdale said in a statement, saying there was “no end in sight to the data center boom” and pointing out that this was good news for wholesale data center operators and all the vendors selling equipment that goes inside those facilities.

Kelly Morgan, an analyst who tracks the space at 451 Research, said in a presentation during a recent conference that her team expected 2.5 million new equipment racks to be installed in both multi-tenant and cloud-provider data centers, representing (conservatively), about $75 billion in data center construction investment.