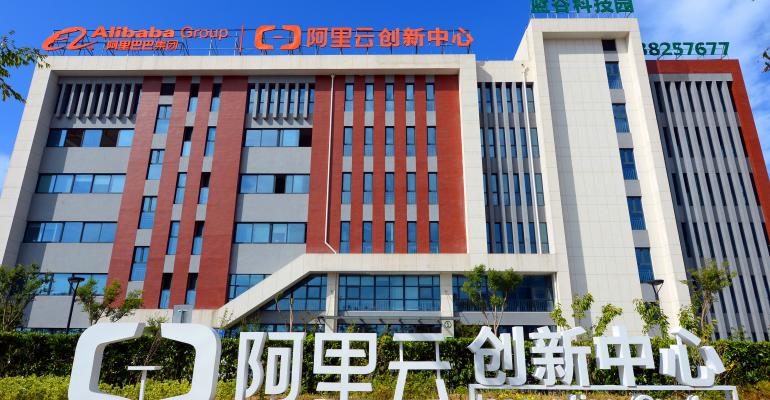 The new facility is based in Frankfurt and will service customers in the automotive, retail, and manufacturing industries.

It is equipped with dry coolers instead of mechanical refrigeration. According to Alibaba’s cloud division, the site will use 100% green electricity to power its operations and a cloud-based platform to monitor and optimize its daily carbon footprint.

Alibaba stressed that its new German site “adheres to the highest security standards” and is compliant with the Cloud Computing Compliance Controls Catalog (C5) in Germany. C5 is a set of rules laid out by the German Federal Office for Information Security (Bundesamt für Sicherheit in der Informationstechnik, or BSI), and defines a baseline level of security for cloud computing.

The site also cleared an audit under the German AI Cloud Services Compliance Criteria Catalogue, a testing standard for certifying the security of AI applications implemented in Germany.

The Chinese company opened its first data center in Germany back in 2016. In the following years, Alibaba introduced several AI services to the market, including an ML platform for AI, speech interaction, and GPU clusters for cloud-based innovation.

Alibaba’s European presence also can be found in the U.K.; however, the bulk of its data center sites are located across China.