With today's launch if the Open Compute Project, the designs and mechanicals for highly-efficient servers designed by Facebook are available to the rest of the world. What's special about them? Here's a closer look at the Open Compute Server and some of its features and components. 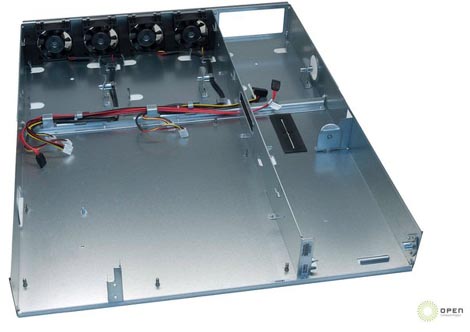 The design starts with a stripped down "vanity-free" chassis, designed in a 1.5U form factor to accommodate taller heat sinks and fans and improved airflow through the server. 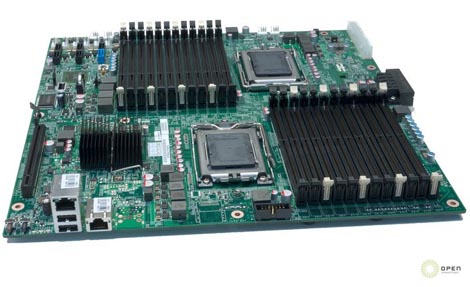 The motherboard was built by Quanta Electronics of Taiwan and can support 2 AMD Opteron 6100 seires chips of 2 Intel Xeon 5500 or 5600 series processors. The AMD version has an upper limit of 384 GB of memory, while the Intel version can handle 288 GB. 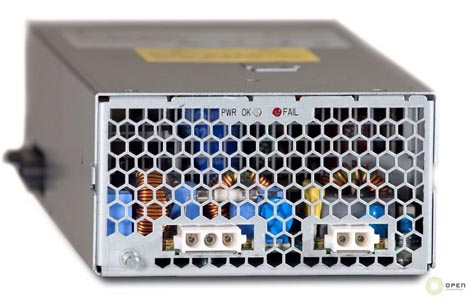 Open Compute power supplies allow servers to use 277-volt power instead of the traditional 208 volts. These units were designed by Facebook and built by Delta Electronics of Taiwan and California-based Power One. Note that the power supply includes two connections, one for 277V AC utility power and another for the 48V UPS system. 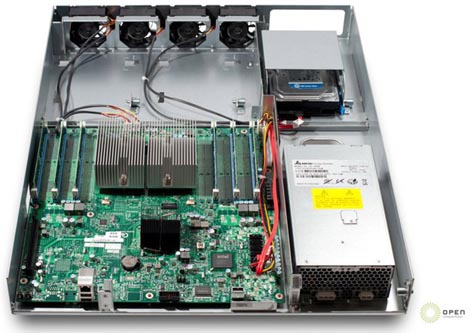