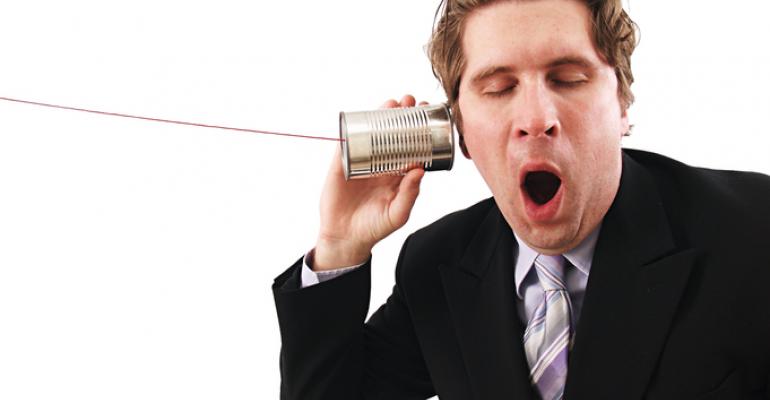 Says AI will make the system more aware of who’s using it, provide more information about people on a call, and offer informed choices about what users want to do.

The company Tuesday introduced enhancements to a product it says is used by 130 million people a month. The update, including a new version of the Webex Assistant, will make the system more aware of who’s using it, provide greater information about participants on a conference call and offer informed choices about what users want to do.

The improvements mark the first integration of features from Cisco’s acquisition last year of business intelligence startup Accompany. Amy Chang, the founder of Accompany, now heads Cisco’s collaboration unit and is trying to add momentum to Chief Executive Officer Chuck Robbin’s push to generate more revenue from software and services. In its most recent quarter, the applications division that is home to Webex posted sales growth of 24 percent.

Cisco described a scenario to show how AI and the smart use of data can help Webex improve on conference calls. When an employee walks into a meeting room, she is automatically recognized by the system, which reads her calendar, spots a scheduled meeting and asks if she wants to join it. The worker says no, she needs to call someone else first and gives her colleague’s first name only. Webex guesses who she’s trying to call, using data and AI software to cut the number of options for whom to dial.

Later, the employee decides to join the scheduled conference call and asks Webex to do so. The participants are identified by facial recognition and tagged with their name and title. At the same time, the worker’s laptop shows the participants’ profiles, including notes and reminders of previous interactions. The software will also identify who the highest-ranking person is on the other side and rank them accordingly.

“Imagine that if every single time you spend an hour with someone you both get 60 percent more out of that meeting than if you hadn’t understood that person’s head space,’’ Chang said in an interview. Chang, a former Google executive, was a Cisco board member before the company acquired Accompany.

All the automation is based on publicly available information and data that’s provided by companies. Users have the right to opt out and control their privacy and firm-specific policies can be put in place by administrators, she said.

While Cisco won’t directly talk about competition, adding such features to Webex is an attempt to challenge rivals like Microsoft Corp.’s LinkedIn and compete with tools that are used by corporate sales forces to foster and maintain customer relationships.