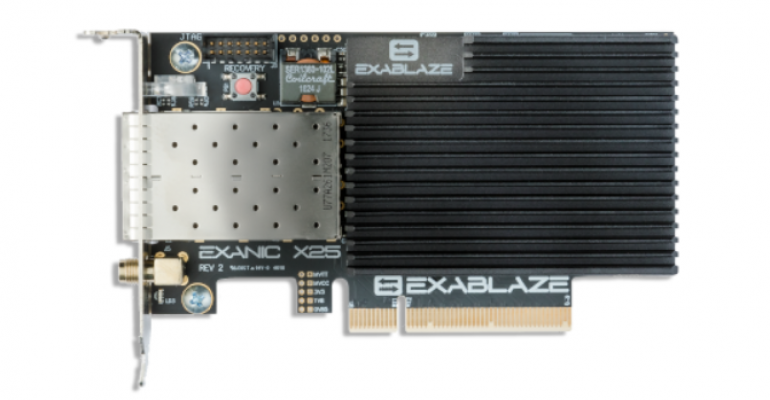 Exablaze’s focus to date has been on high-frequency traders, in whose business every millisecond of network latency is tied directly to the ability to make money. Cisco’s plan is to integrate Exablaze’s technology into its Nexus family of data center switches, and while the traders are a key market opportunity behind this acquisition, the networking giant also appears to have plans to use it to cater to high-performance computing customers and the emerging machine-learning space, where in many cases latency is also a crucial factor.

Related: Why Microsoft Has Bet on FPGAs to Infuse Its Cloud With AI

The Australian company sells Layer 1 switches, time synchronization hardware, and “SmartNICs” – networking cards that have their own silicon where some networking functions can be offloaded to relieve the CPU and reduce latency. The chips in Exablaze’s networking cards are FPGAs, or field programmable gate arrays, the technology that’s a major focus of the acquisition.

Related: SmartNICs are Complicated, So Intel Pitches NICs That are Smart Enough

There are two advantages to FPGAs on networking devices: they are customizable and field upgradeable. These processors are reconfigurable, making chip-level optimization possible for a proprietary network processing application a high-frequency trading firm may have developed, for example.

Exablaze offers a firmware development kit for the FPGA-based devices it sells to help customers make such optimizations.

One big proponent of FPGAs in the data center is Microsoft, which has deployed the devices throughout its Azure cloud infrastructure, using them to offload network-related processing and to accelerate AI applications.

The acquisition announcement comes less than one week after Cisco unveiled a new strategy designed to better position it for the emergence of 5G and next-generation computing workloads like virtual and augmented reality, 16K streaming, quantum computing, and others.

It also positions Cisco to cater to hyperscalers and carriers by disaggregating its new proprietary silicon so that the likes of Facebook or Google can buy its networking chips and use them to power their own custom network hardware in their data centers.