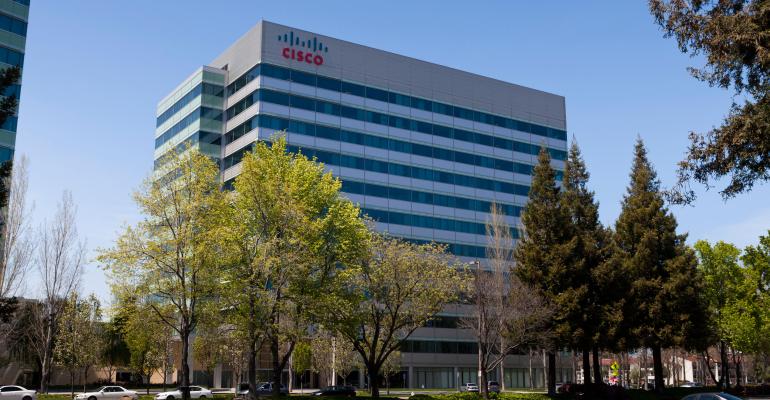 As enterprises move more workloads to the cloud, so is the data center networking business. Recognizing new market demands, Cisco aims to continue to meet enterprise needs, but also capture more business from hyperscalers and other large cloud providers by producing the networking gear they want: switches that are fast and power-efficient, and among the cloud giants, switches that are disaggregated.

Cisco executives said the new 800G switches will attract customers because it will enable them to better handle the continued explosion of network traffic, while reducing the power consumption and energy costs of their network. One major use case is the need to support compute clusters running artificial intelligence/machine learning workloads, said Thomas Scheibe, vice president of product management for Cisco Cloud Networking.

“Our customers have requirements for very fast, energy-efficient networks,” Scheibe said. “They only have so much energy that they get into the data center. On top of that, energy prices are going up, so it has to be energy efficient.”

Why Disaggregation Is Necessary

Brad Casemore, IDC’s research vice president of data center and multicloud networks, said Cisco’s embrace of disaggregation, coupled with its decision to design and build its own processors for networking equipment, positions the company to grab more market share in the lucrative hyperscale market.

In 2018, Cisco joined the trend of disaggregation in data center networks, saying it was allowing customers to use any network operating system on Cisco switches or run Cisco’s NX-OS on third-party switches.

Cisco executives at the time said they were separating its OS from its switches to meet the demands of hyperscalers and large service providers. It was a trend spearheaded by hyperscale giants like Meta who preferred to use their own OS because it simplifies management of data centers, allows for faster innovation, reduces costs and risks and prevents vendor lock-in.

But disaggregation was also a strategy Cisco had to adopt because Cisco’s biggest network equipment competitors, Arista Networks and Juniper Networks, had already embraced disaggregation.

Casemore said Cisco’s drop in overall data center switch market share is directly attributed to enterprises who increasingly are moving their applications and workloads to the cloud. In fact, ODMs – which build switches to hyperscalers’ custom requirements – have captured 51% of the hyperscale data center switch market, followed by Arista at about 30%. Cisco ranks third at 10%.

“Enterprises are putting workloads in the cloud, so the cloud buyer becomes increasingly important,” Casemore said. “When you’ve got the majority of the market that is basically ODM direct, that just tells you how much the market is disaggregated.”

To reverse its market share trend, Cisco is taking dead aim at the hyperscale data center switch market with the new Cisco 8111 disaggregated switch, he said. 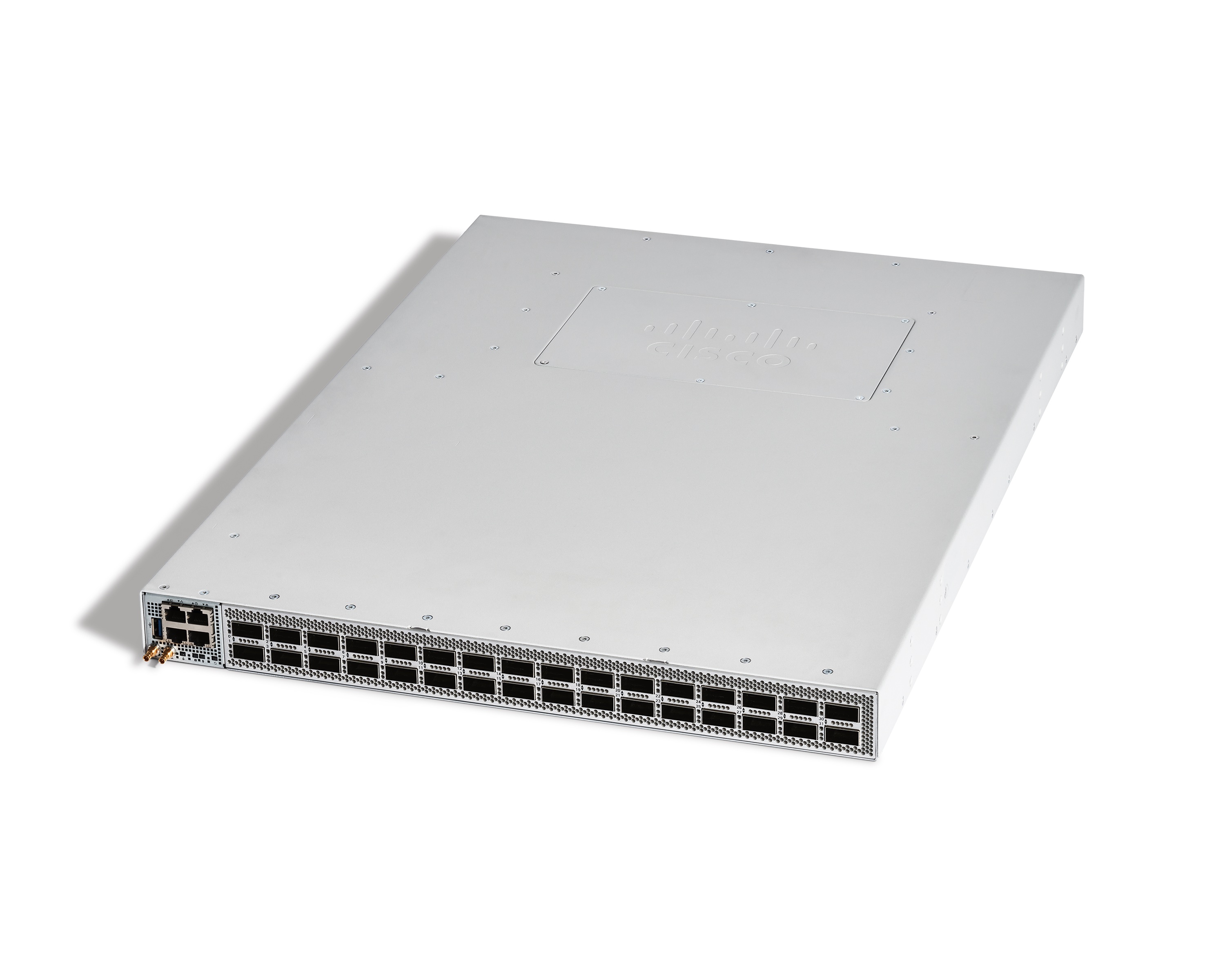 “It allows Cisco to capture business from the fastest growing consumers of data center network infrastructure, which are these hyperscalers and other large cloud providers,” Casemore said.

When Cisco initially announced support for disaggregation in 2018, they first focused on the wide area network (WAN) market by introducing disaggregated routers – and the company has made inroads with hyperscalers wanting disaggregated solutions in that part of the networking market, Casemore said.

Cisco also offered disaggregated data center switches in the past by adding support for the Switch Abstraction Interface (SAI), an Open Compute Project (OCP) specification, on its existing switches. That enabled hyperscalers to run any network OS, such as Microsoft’s SONiC operating system on any SAI-ready Cisco Nexus switch.

However, the new 8111 switch is Cisco’s most concerted effort to grab data center switch sales in the hyperscale market, he said.

“This is the first time Cisco’s come out and really pushed a model for this purpose. It’s their most aggressive foray into disaggregation,” Casemore said.

Cisco vs. the Competition

Cisco executives believe the company’s disaggregation strategy and Cisco’s own custom Silicon One processor family, first introduced in 2019, gives the company a competitive edge over its rivals in terms of flexibility and performance.

Cisco Fellow Rakesh Chopra said customers can now purchase Cisco networking solutions three ways: a fully integrated system, which includes Cisco’s hardware, processor and operating system or choose between two disaggregated models. They can buy Cisco’s hardware and processor but use a non-Cisco OS or choose the silicon-only option, where they use a Cisco chip on a third-party switch and OS.

“All of a sudden, we’ve erased the boundaries. You can consume our technology in the way that’s right for you,” Chopra said. “We are not going to lock you in.”

For example, while the new Cisco 8111 switch is designed for hyperscalers that want disaggregation, most other organizations – such as enterprises, webscale companies, media providers and telecom service providers – want an integrated solution that runs Cisco’s NX-OS, the company said. The Nexus 9232E is targeted at those customers.

There is some crossover. Some webscalers want to mimic the hyperscaler operating model and are adopting disaggregation, in which case they’d choose the Cisco 8111 switch over the Nexus 9232E, the company said.

Can Cisco Grab Market Share in the Hyperscale Market?

Cisco announced the two new data center switches at the 2022 OCP Global Summit in San Jose, Calif. on Oct. 18. The Cisco 8111 switch is currently shipping in limited quantities, while the Cisco Nexus 9232E switch will be available in the 2023 first quarter, Scheibe said.

Analysts say 400G data center switches are just now seeing big adoption. But when 800G switches are available, customers will begin to adopt it – with hyperscalers and other large cloud companies among the early adopters – because they have the bandwidth needs, said Will Townsend, senior analyst of security, carriers and enterprise networking at Moor Insights & Strategy.

“The hyperscalers are all about maximizing speed, throughput and reducing latency. They absolutely need it,” Townsend said.

The faster throughput combined with lower power consumption and space savings will resonate with customers. Power consumption is one of the biggest operational expenditures for them in the data center, he said.

“This announcement provides the public cloud providers the ability to greatly reduce power consumption, which has a bottom line impact on their profitability,” Townsend said. “It also allows them to meet their sustainability and net zero goals that have been aggressively set for 2030 or 2040. The performance improvement is also critical because cloud providers are always having to scale out to meet growing demand.”

“It does position Cisco well to take more market share because they are expanding the capability of their portfolio,” he said.

Cisco has already won some hyperscale business in the data center. The company expects to announce a new non-U.S.-based hyperscale customer on Nov. 5. In addition, in 2021, Meta in 2021 announced it had partnered with Cisco to deploy an ODM’s Wedge400C top-of-rack switch that runs on Cisco’s Silicon One Q200L processor and the social media giant’s own FBOSS OS.

In fact, Casemore said selling its Silicon One processor as a standalone offering for hyperscalers’ ODM switches could be a lucrative opportunity for Cisco and give Broadcom competition in that space.

Overall, Cisco has developed a strong strategy for the hyperscale market, from custom chips and optics to the delivery of disaggregated routers and switches.

“Cisco has a foothold there and wants to make it bigger,” Casemore said. “All of this has got them in a better position."