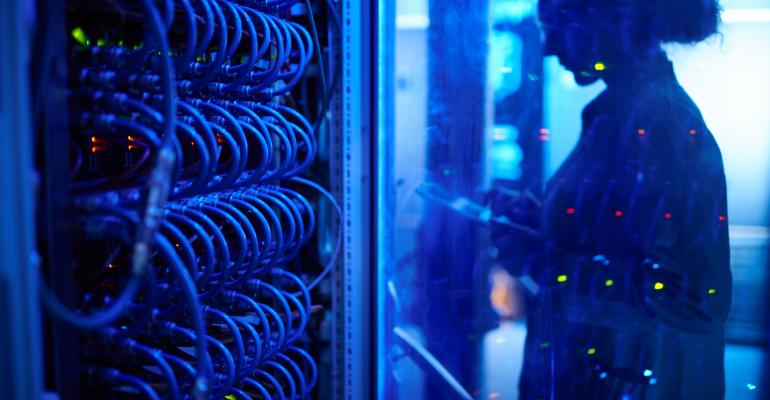 Would You Want Your Kids to Work in a Data Center?

Most data center and IT professionals said they’d be happy to see their progeny inherit their trade. But that may not be enough for the industry to rest easy.

The phrase “job satisfaction” means different things to different people. Historically, there have been trades where skills and practices have been passed down to successive generations: mechanical engineering, deep sea fishing, astrophysics. People who aren’t just satisfied with their jobs but genuinely love them often want their children, nieces, and nephews to share their experience and continue their traditions.

There aren’t many traditions in information technology that can survive a generational shift before becoming obsolete, except perhaps for one: Veteran IT professionals know how to plan for change. They know from experience that the world of data centers 10 years, or even five years, from now will be wholly, perhaps unrecognizably, different from today.

So, is that a world where these professionals picture their offspring living, working and even thriving? It’s a question that Informa Engage and Data Center Knowledge put to 160 data center professionals worldwide for the 2018 Data Center Salary Survey, conducted together with ITPro Today and Channel Futures.

When asked if they agree with the statement, “If my child, niece or nephew asked, I’d recommend getting into IT,” a full 75 percent of respondents generally agreed, with 37 percent saying they strongly agreed. Similarly, 72 percent of respondents generally agreed with the statement, “I love my current job,” while a third strongly agreed.

On the surface, these may sound like strong, positive figures. But for an organization whose job is to place individuals in gainful employment for enterprises with data centers, a quarter of people expressing something less than job satisfaction may actually be a danger sign.

“If one in four are not recommending the industry as one to develop a potential career, then for sure, I think that is an issue,” says Steve Brown, managing director of London-based Datacenter People.

Brown pointed to the ongoing skills shortage in data centers as potentially a culmination of a handful of factors, with the lack of enthusiastic recommendation being one. “The only way that people are going to address this skills shortage,” he tells Data Center Knowledge, “is by educating younger people — and this is very much a long-term thing — about IT, data centers, and engineering as potential career options.”

Peter Kazella, CEO of New Jersey-based critical facilities recruiting firm Pkaza, says it’s difficult to understand why 25 percent of people can’t recommend “an industry that continuously grows because of the technology [and] because of the criticality — requiring that [enterprises] have 24/7/365 connectivity.”

Kazella believes whatever factors that would make that one respondent in four dissatisfied with her current position in the data center could be ameliorated by shifting to a different position there. Not every position requires travel, for example, nor does every position require being on call at odd hours. Perhaps there are communications issues among respondents and their employers that can’t be covered in a survey. “There’s a lot of avenues one can go,” he says, “because this market is maturing.”

“Data centers are 24/7/365 operations,” states Pkaza’s director of recruiting operations, Sean Bodnar, “and you need a well-rounded crew to effectively manage their day-to-day operations. It’s important that the folks tasked with managing a data center feel valued by their employers and see that there is an effort being made to create a staff that doesn’t have any one individual working 70 to 80 hours a week consistently.”

Ward Wilson — a veteran of over two decades of data center management, including most recently with a major airline — told us that job dissatisfaction may be an indicator of a lack of support from managers and peers.

When asked about their satisfaction levels with their current jobs, only 58 percent of respondent said they had some level of satisfaction, while 29 percent registered their interest in working elsewhere — and not necessarily in the IT industry.

“I've heard it described that with a good or great boss, a good team can be great; with a mediocre boss, a team can be good despite of the boss. But with a bad boss or bad management, even a good team can be taken off the rails,” Wilson says. “That being said, if you have the respect and support of your peers, it will still clearly drive a higher level of job satisfaction, and you feel like you are part of family.”

Wilson adds that, in his industry, job satisfaction can come from the equipment and the hardware that managers have responsibility for maintaining.

“Supporting heavy-duty hardware like diesel generators, CRAC units, and UPS can be like a kid who likes to work on cars,” he tells us. “After you've worked supporting a room-sized diesel generator for a period of months or years, you develop trust for that hardware, and thereby can find job satisfaction by keeping that equipment well-cared for and ready for use.”