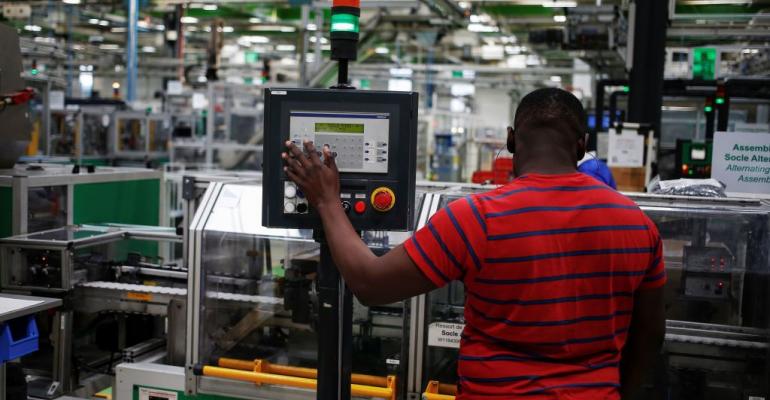 Demand for electrical gear for everything from data centers to electric vehicles is expected to boost businesses like Schneider, ABB, and Siemens.

Adjusted operating profit before amortization slipped to 3.93 billion euros ($4.77 billion) last year, ahead of analysts’ estimates, as demand for gear to power data centers and buildings helped blunt the impact of the coronavirus. The French company predicted earnings will jump as much as 15% this year.

Schneider and rivals Siemens AG and ABB Ltd. have been among the best performers on their benchmark indexes during the pandemic. From rising data usage to connected buildings and electric vehicles, demand is surging for the companies’ switches and automated controls. Electricity demand is expected to outpace all other fuels in the next 10 years, according to the International Energy Agency’s main outlook.

“There’s going to be a massive shift on the side of electricity,” Schneider Chief Executive Officer Jean-Pascal Tricoire said in an interview with BFM Business TV on Thursday. “The future will be electric, because all new technologies -- be it electric vehicles, electronics, IT and buildings -- will be electric.”

Siemens last week raised its earnings outlook, while ABB reported better-than-expected revenue thanks to a rebound in Germany and China and rising orders linked to data centers, EV chargers and renewable energy.

Smaller rival Legrand SA reported results Thursday that were in line with expectations, with the fourth quarter “not matching the general trend in the sector for big profit beats,” RBC analyst Wasi Rizvi said. Legrand predicted organic sales growth of 1% to 6%, trailing Schneider’s outlook. The shares fell as much as 5.4%.

Spending to modernize, expand and digitize grids will reach $460 billion in 2030, the IEA forecasts. The agency expects network expansion to rise 80% from the previous decade. Tricoire said electricity’s share of energy consumption will double to 40% in the next 20 years.

Rexel SA, which distributes electrical supplies including Schneider and Legrand products, said full-year adjusted earnings fell by about a fifth to 526 million euros. Still, the shares rose to the highest in almost three years as profit beat analysts’ estimates and the company said it would restore its dividend after having suspended it last year.