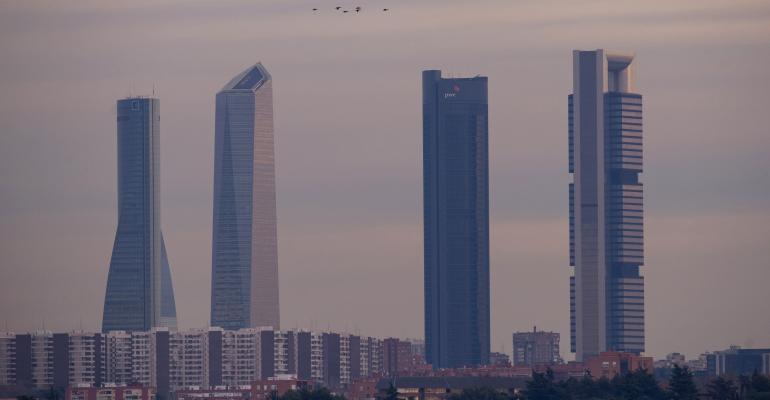 Why Equinix is Buying the Spanish Data Center Firm Itconic

Equinix has struck a deal to acquire Itconic, an Alcobendas, Spain-based data center services provider, which operates five data centers in Spain and Portugal. The American colocation and interconnection giant is buying the company from The Carlyle Group, a Washington, D.C.-based private equity firm, for €215 million (about $295 million). The deal, announced Monday, includes Itconic’s subsidiary CloudMas, which helps enterprises move to the cloud.

Itconic -- which is similar to Equinix in that its customer base includes lots of network, cloud, and IT service providers who interconnect their networks inside its data centers – brought in about $67 million in revenue in the second quarter.

The deal, signed last week and expected to close in the fourth quarter, will give Equinix new enterprise data center customers (a hotly contested market) and expands its footprint to new markets, where its clients can now extend the edges of their networks to and tap into submarine cables that will carry their traffic to and from Africa and, to a much smaller extent, Northern Europe. It also boosts the colocation provider’s pool of experts who can help enterprise clients stand up modern hybrid cloud environments.

The new markets where Redwood City, California-based Equinix will have presence once the acquisition closes will be Madrid (two data centers), Barcelona, Seville, and Lisbon.

Related: Equinix Exec: We Spent $17B on Data Centers, but Cloud Giants Spend Much More

In recent months, the company’s CEO Stephen Smith has been publicly talking about plans to expand into new markets as it positions itself for what he refers to as the next wave of cloud data center deployments. An important characteristic of that wave will be a push by cloud providers to deploy network and content caching nodes in more places around the world; physical network presence closer to more users means better user experience and lower data transport costs. This is often what companies mean when they’re talking about expanding the “edge” of their networks.

From the Equinx/Itconic press release:

By providing additional capacity in key markets, Equinix continues to play an important role in helping companies to extend their IT operations to the digital edge through the interconnection of people, locations, clouds and data.

Not only do the new data centers give Equinix clients the ability to expand the edges of their networks to serve customers in Southern Europe, two of them will also give them access to submarine cables that will enable them to reach customers on other continents, primarily Africa. As more people in developing countries get online, demand for digital content in new places is quickly rising, in turn stimulating demand for edge nodes in developed countries from where American and European companies can serve those emerging markets.

Itconic’s Lisbon data center is connected to the ACE (African Coast to Europe), WACS (West Africa Cable System), and Tata Global Network submarine cable systems. ACE reaches north, to France, and south, all the way to South Africa, landing along the way in almost every country along the West African coast; WACS has a somewhat similar route, but lands further north, in England, and has fewer West African landings; the section of Tata’s TGN system that serves Western Europe lands in the north of Spain and in England, but the system is global in nature, its other strands landing in the US, Europe, Middle East, and Asia. Access to Main One, a cable that lands in Ghana and Nigeria, is in the works, according to Equinix.

The Seville data center is connected to the Canalink cable, which lands in Morocco and the Canary Islands.

Itconic data centers in the Iberian Peninsula serve some 400-plus customers, among them enterprises with globally recognizable brands, such as L’Oreal, Deloitte, BNP Paribas, Real Madrid, and Bank of America. Attracting more enterprise clients to what has traditionally been a service provider-heavy base has been a key strategic initiative for Equinix in recent years, which the deal helps push along.

Equinix last year rolled out an aggressive plan to court enterprises, targeting companies with at least $10 million in annual revenue and 500 or more employees, of which it said there were about 350,000. Smith said then that he believed the company could add anywhere between 20,000 and 60,000 enterprise customers over the following 10 years. (The company had about 6,800 customers total when the plan was announced.)

Addition of the CloudMas team, which specializes in hybrid cloud architectures, cloud adoption, and migration, also in theory pushes Equinix’s enterprise initiative forward. Many traditional (non-tech) enterprises don’t have the expertise to develop the most effective IT infrastructure strategy that takes advantage of modern cloud options in-house and typically need professional help.

This isn’t the first company that provides cloud professional services to enterprises Equinix has acquired. In 2015, it bought New York-based Nimbo, which, as an official Amazon Web Services and Microsoft Azure partner, also helped enterprises shift from a traditional on-premises data center strategy to one that leverages cloud.