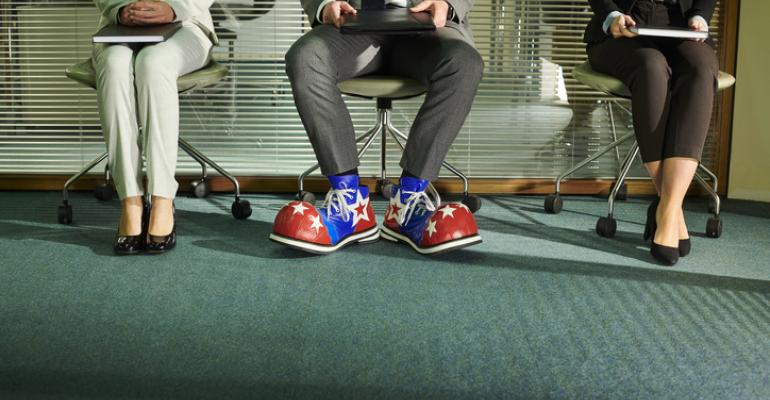 What Happens If Tech ‘Thought Leaders’ Have No Clothes?

An eccentric personality seems to be part of making a name as a tech founder, but there can be questions about the substance within innovators' new ideas.

Some seven years ago, when I worked the tech startup beat in New York, I heard Brian Cohen, chairman emeritus of the New York Angels, dish out a tough love perspective that sticks with me to this day.

“I think passion has done more harm to the entrepreneurial community than anything,” said Cohen. “I’d rather you not be passionate. That blinds you.” On that occasion, he spoke at the CoInvent Startup Summit, back in late 2014, to an audience of startup founders, potential backers, and others interested in the scene. Cohen, now chairman of The Science Literacy Foundation, said he wanted to see a savvy businessperson who could execute on an idea to solve a problem more than passion.

There is a danger not only in getting lost in passion but the mystique that may surround an innovator. A quirky, eccentric persona might be a very real part of who they are. However, a zealous character on its own does not always lead to results.

It can be easy to get swept up in energetic, charismatic personalities that may surface in the tech and business sectors.

These days we have become familiar with examples of would-be thought leaders and innovators who enjoyed a bit of the spotlight only for their shtick to get reexamined under scrutiny. Elizabeth Holmes of Theranos with her black turtleneck-emulation of Steve Jobs and the rousing enthusiasm of Adam Neumann, formerly of WeWork, are just two high-profile names that come to mind; but they are not alone.

This week, federal courts are sorting out a case about an alleged cryptocurrency laundering scheme stemming from the 2016 Bitfinex hack that swiped between $3.5 billion to $5 billion in Bitcoin, based on current estimates. Suspects in the case include Heather Morgan, a former contributor to Forbes who is self-described as “an international economist, serial entrepreneur, and investor in B2B software companies.” Morgan also goes by an online persona, Razzlekhan, a surrealist rapper who... Well, personal tastes vary and let’s just leave it at that.

Her husband, Ilya “Dutch” Lichtenstein, is also a suspect. Lichtenstein's claims to fame include raising money from luminaries, including billionaire Mark Cuban. Lichtenstein’s LinkedIn page lists him as founder of Endpass, a blockchain startup developing a cloud-based decentralized wallet. He was previously the founder and CEO of MixRank, a Y Combinator alum. Though the social media for Endpass remains live, yet silent, the website for the company was down.

As of Tuesday, the case was pending with Morgan out on bail and Lichtenstein still in custody.

Why does all this matter? Am I unfairly punching down on exuberant, unique personalities who hit personal rough patches?

Building up and leading an innovative company requires a touch of showmanship to get backers onboard and customers interested. One of the traits I always admired among tech startup founders was the willingness to swim upstream against a strong current and believe in their ideas even as the roaring waters threatened to swamp them.

However, as Cohen said, passion alone does not deliver. A colorful presence on its own does not guarantee tangible technology will emerge or the business behind it will thrive as a going concern.

Media play a substantial role in the pressure to hype up ideas. It is so easy to push a narrative where every new tech company must be a unicorn and every founder “kills it.”

I recall covering a particular startup demo day that left me a bit flabbergasted. One founder got on stage and effectively went on a stream of consciousness rant completely unanchored in substance. The other presenters made it clear what their ideas were and why they believed they could succeed. But that one founder did not even seem to be working off any prepared ideas.

Some folks in the audience clapped boisterously and called the pitch groundbreaking.

I looked at the fellow next to me -- we had the same bewildered “WHAT?!” face. This is one of the reason’s why I have never been much of an “access journalist.”

We can all do with a dose of skepticism of promised innovation. That is something I strive for in my current news coverage and plan to bring to my forthcoming podcast “That DOS Won’t Hunt,” here at InformationWeek. Passion and character are nice, but we cannot lose sight of executing ideas to solve problems, as Cohen said, especially when it comes to tech, transformation, and the innovation we need.