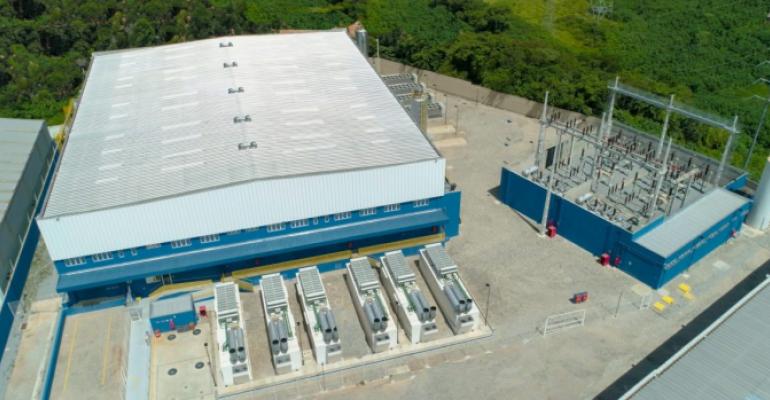 An investment advisor says the biggest growth opportunity for data center providers is not in the top markets.

With the biggest data center markets for hyperscale cloud platforms already well served by data center providers – and some of the biggest ones now oversupplied – the largest growth opportunity today is outside those metros, in places that haven’t historically been hot markets for data center real estate.

That’s according to Peter Hopper, co-founder and CEO of the digital infrastructure-focused investment advisor DH Capital. On Tuesday, Hopper delivered his annual market overview at 451 Research’s Hosting & Cloud Transformation Summit in Las Vegas. (DH has been one of the HCTS’s biggest sponsors for most of the event’s 15 years running.)

After explosive, unprecedented growth in recent years, demand for data center capacity by hyperscalers, the likes of Amazon Web Services, Microsoft Azure, and Google Cloud Platform, has slowed. In some cases, they’ve leased so much capacity in the top markets like Northern Virginia or Dallas-Fort Worth that they now need some time to absorb it before they lease more. In some cases, they also choose to build their own facilities.

Rushing to cash in on the demand, data center providers like Digital Realty Trust and CyrusOne have bought a lot of land and built out a lot of capacity in those top markets. New players also entered the space, backed by new investors hungry for attractive data center assets. With so much supply and competition, some markets are now starting to see downward pressure on data center rents.

But there are still many population centers around the world that haven’t been saturated with hyperscale cloud infrastructure. Places like Moscow or Budapest haven’t seen the megawatts upon megawatts of data center capacity built and leased in the biggest markets, Hopper said. “I would say that’s probably likely to change going forward.”

As digital content consumption and adoption of cloud services continues growing, companies will need to build data center infrastructure in more densely populated metros to support that growth. “International expansion is key to all the key operators,” he said.

Seeing cloud adoption picking up and the low level of cloud penetration in Brazil, it was a given that a lot of data center capacity would have to be built there, Hopper said.

“Cloud adoption and cloud growth, both public and private, is exploding worldwide, and that is driving everything,” he said. “It’s the most powerful trend in IT out there, and it’s driving M&A and investment activity across the world.”