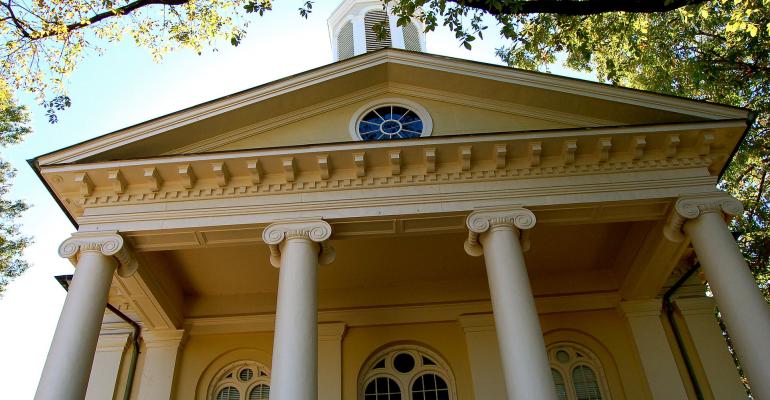 Water Cooling Could Be Key to Opening Virginia’s ‘Digital Gateway’

A data center from a big operator, but with a smaller footprint, and with greatly reduced water consumption, could provide a revenue boon for residents of rural Virginia. Just how much of a sacrifice would it be?

It may not be called the Lee Highway for much longer, as counties seeking to attract commercial developments — data centers foremost among them — know it isn’t wise, in this day and age, to commemorate the commanding general of a rebellion against the United States.  But there’s a little cove of flattened land in Fauquier County, Virginia, southwest of Washington, DC, tucked in the bend, shaped like the base of a paper clip, where US Highways 15 and 17 meet to form a cloverleaf.

It’s here, just as you enter the town of Warrenton, where you find a movement is under way to enable this land to be zoned for a data center.  Here’s the problem:  It’s not a huge tract of land, just under 42 acres.  Maybe you can fit a hyperscale facility there, if you don’t mind a really narrow parking lot.

But in a way, being small may actually turn out to be the project’s saving grace.  As first reported by Robin Earl of the Fauquier Times, the town of Warrenton’s Planning Commission is considering a proposal that would amend the town’s zoning ordinance, to allow for the construction of data centers in this reserved area, subject to the granting of special use permits.

That cause was advanced last week by the appearance before the Commission of an attorney, whom Data Center Knowledge has confirmed to be representing the interests of Amazon.  Should the Commission adopt the ordinance change, attorney John H. Foote stated, Amazon would execute on its existing contract to purchase that property.

A draft of the proposed ordinance change, circulated by the Town Council, would be amended with regulations specific to data centers.  First, their perimeters would need to be somewhat attractive, perhaps by using accent materials, variegated textures from end to end, or feature doors and windows (“fenestration”) along at least 25 percent of their perimeters.  Walls or shrubbery would be used to screen off mechanical equipment — which might be a challenge for a building visible to highway drivers on three sides.

There’s another, very important, regulation being considered in the current draft:  “The data center shall utilize recycled water or air chillers, in conjunction with using recycled water, for cooling purposes.  Potable water shall not be used for cooling.”

Data center operators in Ashburn, Virginia, to the northeast, are tied in with that town’s recycled water loop, constructed especially for them.  And Fauquier County has had a closed-loop, recycled water requirement for data centers in commercial zones, for some time.  But bringing that recycled water loop to the US 15/17 cloverleaf without impacting traffic during construction, could be one challenge.  Another would be finding space in the same lot for generating power, a big chunk of which may be needed for running cooling system pumps.

“The downside to a data center is that they can require large amounts of electricity for the operation and large amounts of water to cool the servers that process the data,” reads a Town of Warrenton Dept. of Community Development staff report, dated June 6.  “Advancements have been made in the water-cooling process which allows a closed water system that recycles water and the only water needed is to replenish the water lost to evaporation.  A dedicated substation will likely be necessary to run the data center.”

“The impact of cooling on density, I find from my customers today,” remarked Jay Owen, Schneider Electric’s senior vice president for its North American IT division, in a recent interview with Data Center Knowledge, “is a much bigger issue in large data centers than in [a smaller] type of environment.

“In large data centers,” Owen continued, “where you’re trying to get to a high density, it has more of an impact on how you design the cooling system, than what I’ve seen so far with edge. . . You’re talking about massive differences in the amount of heat being generated in a smaller amount of space.”

There may be an emerging advantage to data center operators with hyperscale pedigrees, such as Amazon, building on smaller premises that are capable of optimizing their capacity through more clever means than airflow and electric fluid pumps.

“The mechanical engineer in me will state almost emphatically that we have to move to liquid.  Air is just not going to get it done anymore,” remarked Rob Pfleging, president of liquid-cooled data center builder Nautilus Data Technologies, speaking with Data Center Knowledge.  (Nautilus is not involved with either Virginia project.)

“The faster we can get the energy associated with the losses in compute — which are heat — into a stream of liquid,” Pfleging continued, “the more efficient we’re going to be, not just in terms of electricity, but in terms of space.”

Meanwhile, further northeast in the rural area of Prince William County,  you’ll find the Manassas National Battlefield commemorating one of the first clashes of the American Civil War.  You’ll also find a stretch of power lines operated by Dominion Energy along a three-mile, north/south span of Pageland Lane, that tends to distract from, though not altogether destroy, the appearance of untamed nature.

There, as first reported by Daniel Berti of the Prince William Times, some 12 individual owners of land along this stretch who have filed an application with the Board of County Supervisors to have nearly 800 acres, subdivided among three lots, of land they own, re-zoned from agricultural use to “tech/flex.”

It’s the latest move in an effort by Prince William County to get in on some of the same action that Loudoun County has been seeing.  As my friend and colleague Sharon Fisher reported for us in April 2020, commissioners there approved tax hikes on businesses that use large amounts of computer equipment (any wonder what that could mean?), after a move to raise real estate taxes fell flat.

Last week, Gainesville District Supervisor Pete Candland posted a YouTube video, taking viewers on a drive north along the entire three-mile stretch.  Refraining from taking a specific stand for or against data center construction in the area, Candland noted what he described as the natural, rural beauty of the horse farms, local businesses and homes, and polo club along the route.

The implication some might get from the video is that a data center project from a hyperscaler such as Amazon along the site, may detract from not just the natural beauty of the area, but the lifestyle of its residents and local workers.  What he did not mention, though, was that some of the owners of land seen in the video, were probably the very ones behind the petition to have their land rezoned.