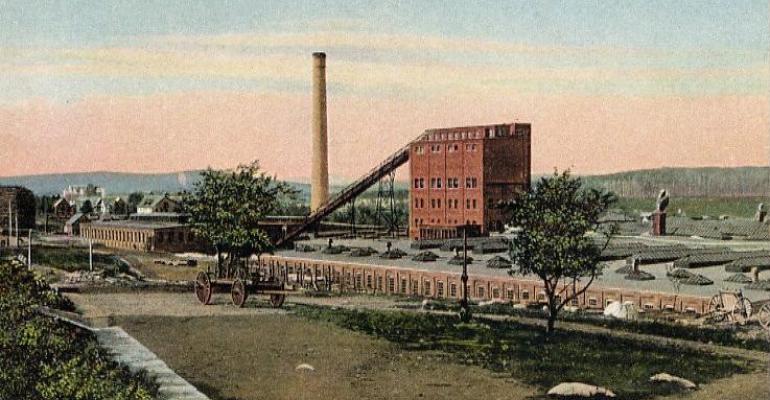 A Water-cooled Data Center Where an Abandoned Paper Mill Stood

Records made public by the owners of a long-abandoned production facility reveal the daunting task for its new operators, as they begin converting it into a sustainable information powerhouse.

[CORRECTION: An earlier version of this article was based on documents indicating to this reporter that the data center in question would be constructed in one of the standing buildings belonging to the abandoned paper mill, after extensive and hazardous cleanup and reconstruction. As it turns out, the data center will be constructed in an entirely new facility, built on ground that previously housed a paper mill machines building that had already been razed. The old “Building 11” — the one still standing — may yet become occupied by another tenant, following its own cleanup operations. The entire site is currently being cleaned up and made ready for commercial use. My thanks to Nautilus Data Technologies for setting me straight on this fact, and for helping me to correct my error.]

It was at once one of Maine’s great cultural landmarks and one of its festering sores: a 1,400-acre plot of land, abandoned since 2008, that had been the site of a major employer for the state: the Great Northern Paper Company’s engineering and research office in Millinocket. Its main building still stands — vacant, forgotten, leaking, rusting, yet still housing nearly 48,000 square feet of space. It produced, among other things sadly less useful nowadays, newsprint.

Related: Nautilus Will Build Its Next Data Center on Dry Land, in Maine

Earlier this month, fulfilling a dream of Millinocket’s 4,800 residents, Pleasanton, California-based Nautilus Data Technologies signed a 99-year lease to operate a data center in 13 acres of the old paper mill site. Central to Nautilus’ plans will be its intent to deploy a full-cycle water cooling system in the new facility — one that has been pledged not to draw a single ounce from the area’s drinking water supply.

“To the town, they will see rising now a piece of greenfield — a brownfield that was turned into a greenfield,” pledged Nautilus CEO James L. Connaughton, in an interview with Data Center Knowledge.  “They’ll see rising on that location a modern, high-tech, well-architected piece of industrial infrastructure.”

“A Lot of Debris”

Nautilus has quickly gained a reputation in the Northeast US for pledging to respect the environment. On Tuesday, the company found itself having made a further pledge to a local reporter.  Bangor Daily News’ Lia Russell reported Tuesday that a Nautilus spokesperson had told her preparation of the site for construction would include “a lot of debris removal.”

Much of that debris is on account of old, disused buildings that have already been razed, including the main area Nautilus intends for its new facility to occupy. Among the other structures that will remain standing, eventually to become occupied by another tenant — Nautilus’ neighbor, in effect — is the old mill’s research building.

When that building was surveyed in March and April 2017 by Eastern Mold Remediation, Inc., its walls and ceilings were falling victim to what inspectors called “moderate to severe microbial growth.”

“Severe water staining is visible on acoustic ceiling tiles, wall-to-wall carpet, tile floors and exposed cement slabs,” reads the inspection team’s report for the third floor of the old mill’s research building.  “Standing water is visible on sections of carpet, tile floors and cement slab as deep as 1" in some areas and is frozen in several areas.”

Ceiling tiles were left where they were when the building was abandoned, and many just dropped. All the floor tiles will need to be safely disposed of. There’s rust on most every visible piece of metal, including heater covers and light fixtures.

In applying for a federal cleanup grant from the U.S. Environmental Protection Agency, the site owners made a thorough assessment of the research building, among others. Asbestos was found, perhaps posing the greatest hazard to humans on-site. Old electrical apparati were left to disintegrate, exposing polychlorinated biphenyls (PCB), which the U.S. officially banned from use in manufacture in 1978. PCBs were also found in decaying caulks and sealants. And the paint? You probably already guessed, much of it was lead-based.

It’s a wonder healthy people worked at the paper mill back when it was clean.

Nautilus holds the patent for the configuration of a thermal containment system that utilizes a closed-loop cooling unit, recirculating the liquid that extracts heat from the air. This liquid need not be clean water. In fact, for its unique floating data center facility in Stockton, California (which would be groundbreaking if it did, in fact, reside on the ground) Nautilus uses ordinary sea water for the closed-loop unit. 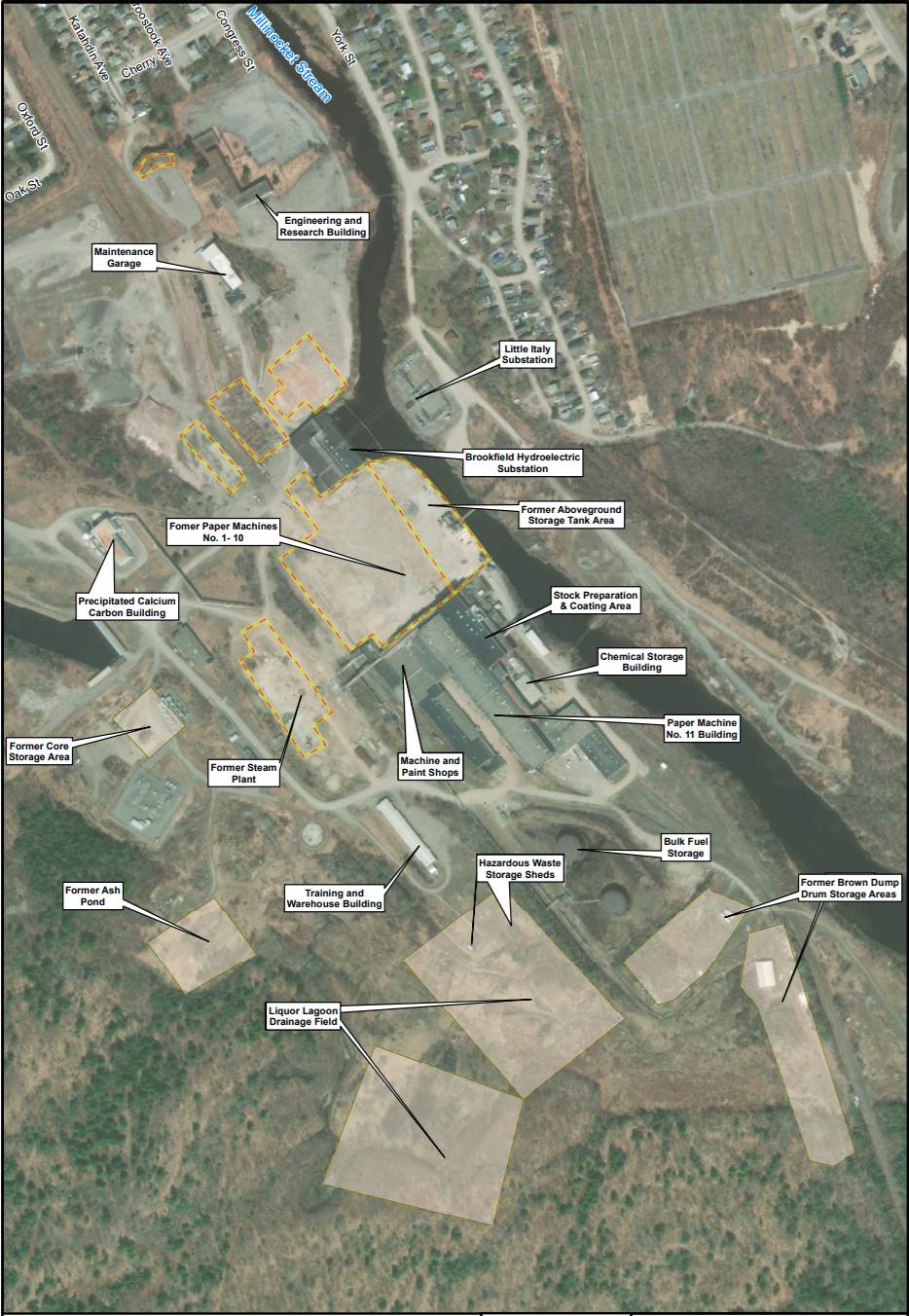 As this aerial map reveals, the mill site still retains two large intakes for process water, plus its own waste water treatment plant and hydroelectric substation. Now owned and operated by nearby Brookfield Power, the substation had once been used to power the paper mill. Water from Ferguson Lake was channeled through an underground penstock, letting gravity take it downhill, providing all the force that was necessary to produce hydroelectric power for the mill.

Today, water flowing through turbines at the plant produce up to 75 MW of power, Nautilus’ Connaughton told us. As the new facility is presently planned, it will occupy three zones in the old mill area. Electrical systems will be housed at the highest point, furthest north, nearest the old Research Building. The data center halls will occupy the razed ground between the power substation and the standing paper mill buildings. Mechanical systems will occupy the lowest point, furthest south.

This setup will be engineered, explained Connaughton, “to gravity-feed the data center.” 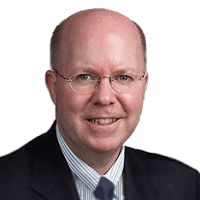 “We will only need pumps for recirculation,” he continued, “so basically we won’t need pumps to cool the data center. The pumps will have a water management characteristic to them, but they won’t be having heavy loads associated with them. So this PUE will be below 1.1 — naturally cooled, and naturally flowing.”

If that name “James Connaughton” sounds familiar, perhaps you’re a veteran of Washington climate policy. For the duration of the George W. Bush administration, he served as Chairman of the White House Council on Environmental Quality. There, he helped craft bipartisan legislation such as the Brownfields Redevelopment Enhancement Act of 2002, with the aim of creating hundreds of thousands of jobs, and raising billions in revenue, from the cleanup and reconstruction of decaying, derelict, often environmentally contaminated, brownfield sites.

Millinocket may actually be one of the nation’s most hazardous brownfield data center construction sites — one which Nautilus’ Connaughton promises to convert into a greenfield facility, with some investment from his firm’s own sweat equity. But there’s a good argument that no other industry would be as capable of stepping up to the challenge, at this point in history, with this big a promise.