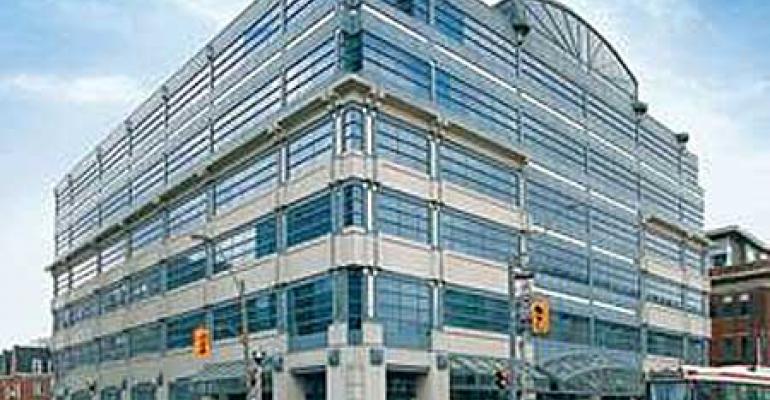 He may have led a public cloud business, but he’s deeply familiar with the colocation world.

Bill Fathers, who led VMware’s unsuccessful four-year foray into the business of providing cloud infrastructure services, has been named CEO of Cologix, the Denver-based data center colocation and interconnection provider.

Fathers is replacing Grant van Rooyen in the CEO seat. Van Rooyen founded the company, which now has 25 data centers across nine secondary markets in the US and Canada, serving about 1,600 clients.

“Bill’s deep sector knowledge and operating expertise in the data center space will be absolutely critical in helping to drive the next stage of growth at Cologix,” Brian McMullen, Cologix director and senior managing director of Cologix investor Stonepeak Infrastructure Partners, said in a statement.

Fathers is also on the Stonepeak management team, serving as the private equity firm’s senior operating partner since May 2016 (the same month he left his executive VP post at VMware).

VMware launched its public cloud business, which was later named vCloud Air, in 2013, with Fathers at the helm as general manager of cloud services. The company reported healthy growth of the business, but it wasn’t enough to compete with Amazon Web Services and Microsoft Azure, both of whom spent billions on building out data centers around the world to support their cloud platforms and saw their public cloud revenue balloon. VMware abandoned the idea entirely last year, selling off its vCloud Air business to the French service provider OVH. Today, its focus is on providing technology to enable companies to build and use hybrid infrastructure that can consist of in-house data centers and one or more cloud services.

Cologix has a cloud strategy common among colocation providers, which is to provide direct network access to multiple major cloud providers inside its data centers.

Fathers’ credentials in the data center business are extensive. Before joining VMware in 2013, he served as president of Savvis, at the time one of the biggest data center providers. Savvis was later acquired by CenturyLink, which last year sold its data center assets to a group of investors that went on to form Cyxtera Technologies.

He’s also sat on the board of Telx, another colocation and interconnection giant, which is now part of Digital Realty Trust.

Fathers has been on Cologix’s board of directors since last April. He’s also on the boards of the American telco equipment maker Ciena and the European connectivity provider euNetworks.