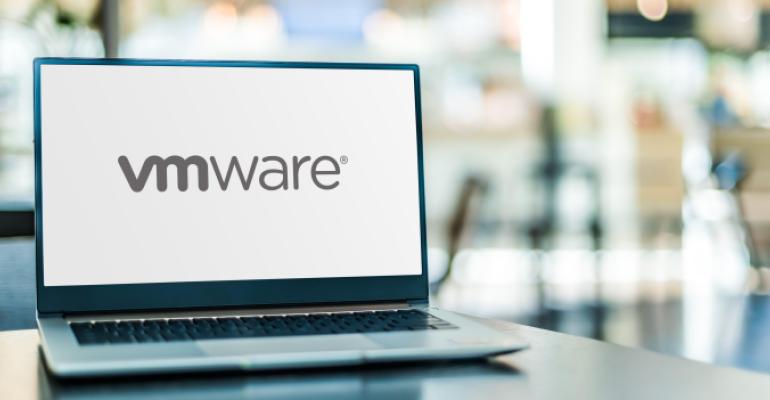 When VMware CEO Rangarajan Raghuram took the stage to kick off the company’s annual VMware Explore conference on Tuesday, it was no ordinary keynote speech – not with Broadcom’s planned $61 billion acquisition of his company still looming and Broadcom CEO Hock Tan in attendance.

Raghuram was there to unveil new products and services, but first he addressed the pending deal early on in his speech and subsequent press conference. He said the acquisition remains on track and is expected to close during Broadcom’s 2023 fiscal year, which means sometime between this November and next October.

The companies, which announced the acquisition in May, are going through the regulatory approvals, he said. In the meantime, VMware’s executives are operating business as usual and educating Broadcom’s team to help them understand the breadth and depth of VMware’s business and product portfolio – and Broadcom’s team is “super excited,” Raghuram said.

He declined to give specific details of post-acquisition plans and strategies. But he said he believes VMware customers are comfortable with the acquisition and understand that Broadcom wants to continue to build and grow the VMware products that they use.

“Since May, I’ve spent a lot of time with Tan and his team, and most of our conversations have been about this community and how to open up the next stage of innovation. We are headed for an exciting journey,” Raghuram said after introducing Tan to a cheering crowd at San Francisco’s Moscone Center.

“If last year was about the vision, this year I’m super pumped because we are delivering products,” he said.

“vSphere 8 and vSAN 8 took two years to build. It’s a momentous new version, and it sets the foundation for the next decade of modern computing,” he said.

As part of the vSphere announcement, Nvidia and Dell announced that they will ship Dell PowerEdge servers with vSphere 8 and Nvidia’s BlueField-2 DPU later this year. AMD also announced that Dell, Hewlett Packard Enterprise and Lenovo will ship servers running on AMD’s DPU, called the AMD Pensando Distributed Services Card.

Analysts say the vSphere announcement is significant for enterprises. Public cloud providers have benefited from DPUs with their own implementations for years. Now, enterprises can also benefit in their own internal data centers, said IDC analyst Gary Chen.

“Everyone wants more efficiency and more performance,” he said.

Matt Kimball, a senior analyst with Moor Insights & Strategy, said vSphere with DPU support is a big deal for organizations, particularly those with data-intensive applications and have historically used bare metal server implementations in the past.

With the performance boost from DPUs, some organizations with databases or data-intensive apps can migrate from bare metal and virtualize those apps and enjoy the management benefits of virtualization without a performance penalty, he said.

“A lot of database applications can’t afford the latency of VMware. This starts to remove those barriers,” Kimball said.

DPU adoption won’t happen overnight, however. Enterprises will adopt it when it’s time to upgrade their servers in the coming years, Chen said.

On the cloud front, the VMware Cloud Universal subscription service now supports Microsoft Azure. That means customers can apply their credits to run vSphere workloads on the Azure VMware Solution.