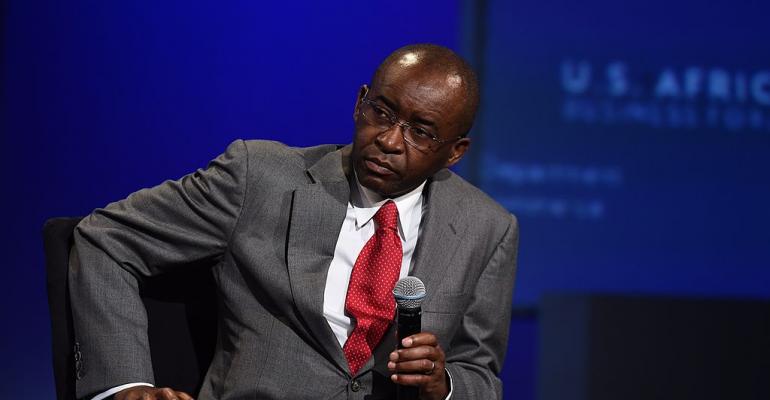 The telco operates in 13 countries, with data centers in Johannesburg, Cape Town and Nairobi.

Masiyiwa is seeking buyers for 20% to 34% of Liquid Telecommunications Holdings Ltd. for as much as $600 million, according to four people with direct knowledge of the matter. He needs the money to repay a $375-million loan that was backed by Public Investment Corp., the continent’s largest money manager, they said.

The PIC, which oversees the equivalent of $135 billion mainly on behalf of South African government workers, is demanding the issue be resolved by the end of August after granting an extension on the payment earlier this year, the people said. The loan it backed was used to fund a pay-TV venture, which failed last year because Zimbabwe’s economic woes and currency shortages meant the company couldn’t pay suppliers.

The 59-year-old tycoon had pledged shares in Liquid Telecom to the PIC as security for the loan, which had been taken out with Deutsche Bank AG. Masiyiwa was planning to repay the debt from the proceeds of an initial public offering in Liquid Telecom, which was scrapped because of volatile equity markets, the people said.

The founder of Econet Global Ltd., which has interests in mobile-phone network operators and digital-banking operations across the continent, would rather sell part of his 66% stake in Liquid Telecom to avoid surrendering shares in the company at a discount to the PIC, one of the people said.

Masiyiwa hired Goldman Sachs Group Inc. earlier this year to sell the stake, but talks with potential investors started unraveling after the Covid-19 outbreak intensified in March, the people said. Buyers wanted more time to assess the economic fallout of lockdowns to contain the virus on Africa’s economies, they said.

Representatives for the PIC, Goldman Sachs, Deutsche Bank and Econet declined to comment.