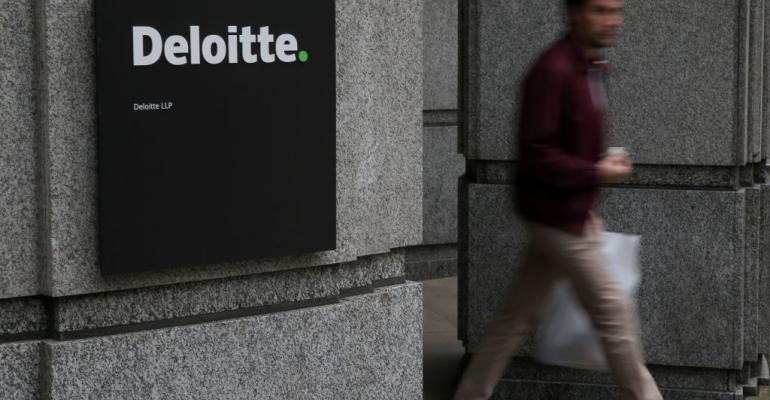 Anthony Aarons (Bloomberg) -- Billionaire Chris Rokos, who runs the hedge fund that bears his name, sued Deloitte and a U.S. law firm after 39.4 million pounds ($52 million) in tax relief was thrown out by U.K. authorities.

Rokos sued his advisers over a decade-old investment in a commercial development that was supposed to yield a significant tax break. But in 2016, authorities rejected the claim and demanded payment of the full amount Rokos “had claimed as capital allowances,” his lawyers said in a London court filing earlier this month.

The 50-year-old hedge-fund founder is one of many U.K. financial professionals caught up in tax schemes that were later thrown out by Her Majesty’s Revenue and Customs. A number of London bankers invested in film projects that were popular tax-avoidance vehicles before the turn of the century.

A spokesperson for McDermott, Will & Emery said that the claim is without merit and the law firm would “defend this vigorously.” Officials at Deloitte, one of the “Big Four” accounting firms, declined to comment as did a spokesman for Rokos.

Rokos argues that the accounting firm and McDermott, Will & Emery should have provided more warning about the risky nature of the investment.

Both firms owed Rokos “an implied contractual duty” to “act on his behalf with the care, skill and diligence to be expected of” reasonably competent tax and investment advisers.

The investment dates back to 2009 when Rokos, who at that point still worked for Brevan Howard, made a gross investment of 100 million pounds in a “syndicate” that planned to obtain an interest in a commercial property situated in the Tyne Riverside Enterprise Zone. Enterprise Zones are designed to provide government support to encourage investment and economic growth.

The founder of Rokos Capital Management LLP isn’t the only person who invested in tax plans linked to enterprise zones. Celebrities including former Manchester United player Wayne Rooney and comedian Jimmy Carr put funds into similar schemes, which are the subject of appeals in London starting Tuesday.

The syndicate members, including Rokos, “then claimed capital allowances on this amount, less a small disallowance in respect of the value of the land,” according to the lawsuit.

The project to develop a data center at the site was actually oversubscribed and Rokos had cut his planned investment from 126 million pounds. The final investment consisted of a “capital contribution of 40 million pounds,” plus a 60 million-pound share of a loan.

But in 2017, after HMRC had rejected the claim, Rokos had to pay more than the original 39.4 million pounds.

The lawsuit is another potential hurdle for Deloitte, which has been fined by regulators in recent months over its audits for companies including Autonomy Corp. and for its work on a corporate pension plan.

Deloitte and the other three firms that make up the Big Four have faced years of criticism for their audit shortcomings. That has prompted the Financial Reporting Council to order the split of their accounting and consulting arms, which all four agreed to do by 2024.