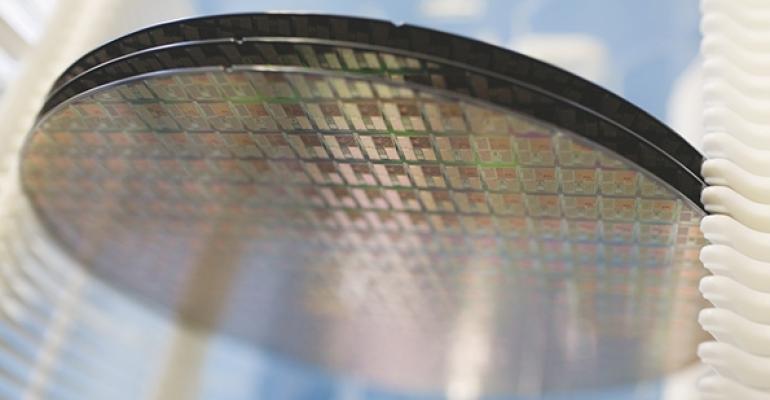 With the global semiconductor shortage showing no signs of abating, Asia’s most valuable company has been running in high gear for the past year.

Revenue for the December quarter jumped 21% to NT$438.2 billion ($15.8 billion), according to monthly figures released by TSMC Monday. That compared with the NT$436.2 billion consensus estimate and the company’s own forecast of sales of as much as $15.7 billion.

A linchpin in the global supply chain, TSMC produces the chips that go into everything from the latest iPhones to cars from the world’s top automakers. With the global semiconductor shortage showing no signs of abating, Asia’s most valuable company has been running in high gear for the past year, driving the chipmaker to invest heavily in new fabs and manufacturing lines to meet customer demand.

"Taiwan Semiconductor Manufacturing may report 4Q revenue above $15.6 billion, a new record for quarterly sales and at high end of its $15.4-$15.7 billion guidance, we believe. This is supported by a larger sales mix of its most advanced 5-nanometer (nm) node process amid strong demand for smartphone and high performance computer chips. Robust sales also point to full capacity utilization and better gross margin of about 52%, and could push 4Q operating profit up as much as 14.6% to NT$180 billion," said Charles Shum, analyst at Bloomberg Intelligence.

Delivery times for chips increased by six days to about 25.8 weeks in December compared with November, according to research by Susquehanna Financial Group. That lag marks the longest wait time since the firm began tracking the data in 2017.

TSMC will grow at a faster pace this year “underpinned by price hikes, the ongoing industry upgrade cycle in HPC/5G, and strong demand for cryptocurrency,” Goldman Sachs analysts Bruce Lu and Evelyn Yu wrote in a note earlier this month. The brokerage predicted 2022 sales will grow 26% from a year earlier and lifted its target price for the chipmaker to N$1,035 from NT$1,028.

Shares of the chipmaker rose 1.4% to NT$643 on Monday before the company released the sales figures.