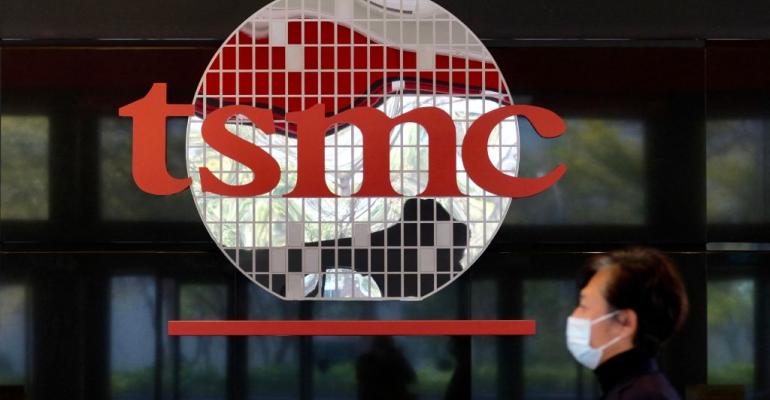 Vlad Savov and Debby Wu (Bloomberg) -- Taiwan Semiconductor Manufacturing Co. Chief Executive Officer C.C. Wei said the company is going through “due diligence” to build a fabrication plant in Japan, a strategically important move for the country by the world’s leading chipmaker.

Wei made the comments during a question-and-answer session after the company reported financial results for the second quarter. They followed a detailed explanation of plans to expand its manufacturing capabilities in the U.S. and in China.

Asked specifically about Japan -- where local politicians have talked up the importance of such an investment -- he said TSMC wouldn’t rule anything out at this point.

“In Japan, we’re in the due diligence process to do a wafer fab,” Wei said.

Chairman Mark Liu then said there is no final decision yet on a Japan fab. The ultimate outcome will depend on customer demand, he said.

Liu characterized any Japan fab as “specialty technology,” a term that usually refers to mature node chips that serve specific or niche markets.

This year, as chip shortages disrupted the production of automobiles and other products, the U.S., China, Europe and Japan have all sought to expand their own domestic production capabilities. TSMC has been courted by politicians around the world because it has the most sophisticated technology for making cutting-edge chips.

In June, Akira Amari, a senior member of the ruling Liberal Democratic Party, called out the company specifically, saying its cooperation would be essential for Japan to build a stable semiconductor base of its own. The country must be prepared to spend trillions of yen to keep up with the U.S. and Europe, he said.

Automakers such as Toyota Motor Corp. and Nissan Motor Co. are a cornerstone of the Japanese economy and need steady chip supplies to keep production humming.

Japan’s powerful Ministry of Economy, Trade and Industry put out a report earlier this year saying that the country would seek to drive growth in the nation’s chip industry as a “national project,” as important as securing food or energy.

Japan’s share of global semiconductor sales fell to just 10% in 2019, down from 50% in 1988, it said. The country still has 84 chip factories, the most in the world, but they’re not producing enough high-end products. As a result, Japan now has to import 64% of its semiconductors.