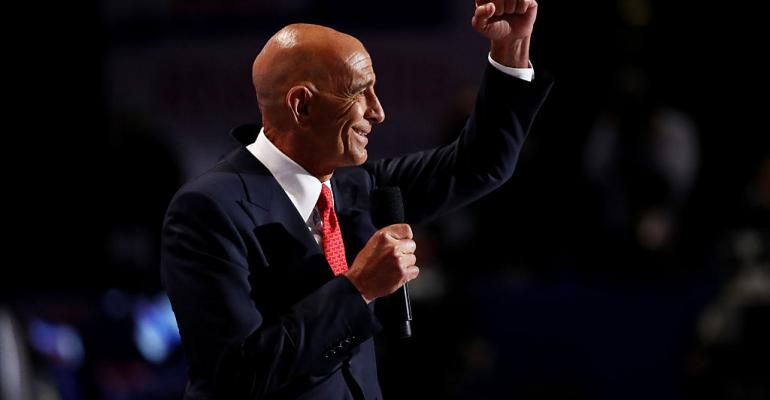 He built it by buying distressed real estate; now, the company is selling brick-and-mortar properties, focusing instead of "digital infrastructure."

This time, however, Colony is selling brick-and-mortar properties as it reshapes its portfolio to focus on what it calls “digital infrastructure.”

With the pandemic battering commercial real estate, Barrack said properties including malls and hotels are still attractive to investors who are raising cash to take advantage of the next round of distressed opportunities.

The coronavirus outbreak, however, has shifted the economics of real estate as employees work from home, travel is slow to rebound and consumers shop more online, Barrack said.

“Every aspect of it has to be repriced and reinvented and entrepreneurs will figure out how to do it,” Barrack said in a Bloomberg Television interview accompanied by Colony’s new chief executive officer, Marc Ganzi. “I think all the existing things will stay. They’re just not going to stay in the kind of investment theme that investors looked at over history.”

Colony has sold offices in Europe, industrial properties and grocery-anchored shopping centers in the U.S. In May, it announced plans to restructure seven portfolios of hotels with $3.5 billion of debt.

About 50% of the company’s $46 billion of assets under management are now digital properties, a share that should reach 90% by the end of the year, according to Ganzi, who took over as CEO in July.

“These are really the new railroad,” Ganzi said.

In December, Barrack faced calls from an activist investor to immediately step down from the CEO job, which he had said he would leave in 2021. The company announced in March, just as the pandemic was shutting down the U.S. economy, that Ganzi,, 49, would take over on July 1.

“I couldn’t be happier and more hopeful,” Barrack, who remains executive chairman of Colony, said of the transition. “It’s the world we need to worry about.”