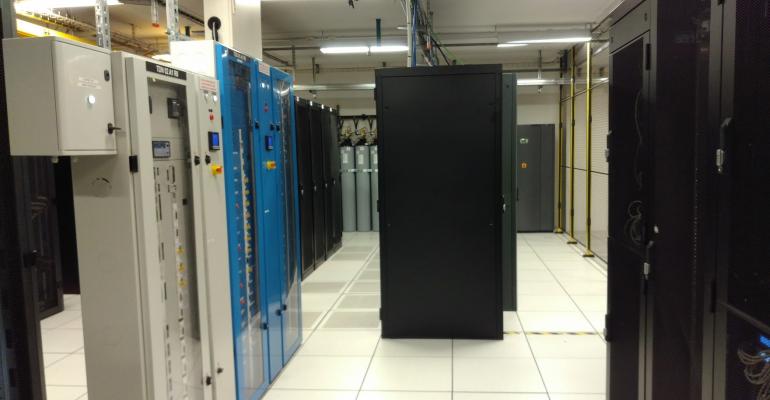 UpStack and Inflect build platforms to make selecting colocation, network, and other IT infrastructure services quick and easy.

Two startups want to take the frustration out of shopping for colocation, network, and other data center services by launching websites that will allow IT leaders to quickly and easily compare prices and services.

UpStack, based in New York, has built an online procurement tool that focuses on colocation facilities and network service providers. The website, currently available in a closed beta test, will let users search for services and produce price and cost analyses based on the specifications they need, said UpStack CEO Chris Trapp.

Related: 2021: These are the World’s Largest Data Center Colocation Providers

Inflect, based in San Francisco, has also launched a procurement tool, currently in preview release, that connects buyers and sellers of internet infrastructure services. In addition to colocation and network service providers, Inflect provides validated information on Infrastructure-as-a-Service and managed service providers.

The two companies essentially want to make comparison shopping for colocation, network, and other data center services as fast and easy for businesses as it is for consumers to book flights and hotels online. Both companies are partnering with service providers to make sure they have the latest, most accurate information available.

“Think of us as the ‘Kayak’ of internet infrastructure,” said Inflect chief operating officer Charles Stewart.

Inflect, for example, is targeting customers that launched their businesses using public cloud services, such as Amazon Web Services, but have grown to a point where they need some of their own infrastructure in order to scale and move to a hybrid cloud model.

Currently, users have to manually search for the information themselves, either by going to individual provider websites or by calling the providers’ sales people – a laborious and challenging process, executives from both companies said.

“For our target users – all technical people like VPs of engineering – this blows their minds because they are used to going to AWS, seeing prices online, and swiping their credit card; and now they’re calling a bunch of sales people,” said Inflect CEO and co-founder Mike Nguyen.

Users, for example, could receive dozens of PDFs with price quotes from colocation facilities that they have to put into a spreadsheet. But because these service providers often name and price the same services differently, users also have to analyze the pricing and contract terms to make sure they are making equal comparisons, said UpStack’s Trapp.

“You could spend months doing homework,” he said.

Amy DeCarlo, principal analyst of global hosted and managed IT services at Global Data, said the online price/service comparison tools have huge potential. Companies today are more comfortable with moving IT infrastructure off-premises; as a result, use of colocation facilities is on the rise, she said.

In fact, according to estimates by Structure Research, the global colocation market alone reached $33.59 billion in revenue in 2016, with 15.2 percent growth this year.

“All organizations are under time crunches and stretched thin, so I think there could be a good market for this,” DeCarlo said. “Pricing analysis is incredibly arduous, and when you are finished, you’re not even sure if you have the most current pricing. So having independent, third-party companies provide self-service tools for enterprises to do cost comparisons would save them a lot of hours.”

Here’s a closer look at the two companies:

UpStack, which plans to launch its services to the public at the end of September, is targeting hyper-scale companies that need colocation facilities, but also small, medium, and large enterprises.

The startup has partnered with 60 colocation providers totaling 700 data centers globally. Through its partnerships, UpStack validates the specifications of each colocation facility, provides uptime history, and identifies and shares pricing information on the ecosystem of companies accessible inside, such as network service providers or direct connections to public cloud services, Trapp said.

UpStack’s tool not only compares the cost of individual colocation facilities, but it also factors in the total cost of network service providers based on users’ requirements. That provides users with more precise pricing information, allowing them to make better, more cost-effective decisions, he said.

Furthermore, some colocation facilities have different pricing structures. While one facility’s prices may include everything, another facility may have “pass-through” expenses that require customers to pay extra for the amount of electricity used. UpStack’s procurement tool analyzes each provider’s prices and pricing structure.

“We have the ability to estimate what their pass-through expenses are, so our customers can compare things apples-to-apples,” Trapp said. “That’s our biggest differentiator. It removes the guess work completely from these various quotes and proposals.”

UpStack is partnering with an exclusive network of advisors, such as brokers, consultants, engineers, and lawyers in the industry, so they can provide assistance to users if they need help negotiating and finalizing contracts, Trapp said.

Inflect, which launched a preview release in June, has signed more than 30 service providers and is taking advantage of the PeeringDB database to provide its customers with information on more than 2,200 data centers and network peering locations globally. Currently, about 130 users are testing and using the service, according to the company.

“What we’re trying to do is give everyone accurate, validated information, which is sourced directly from service providers and updated regularly, and in some cases, we get data from highly-valued secondary sources like PeeringDB,” Stewart said.

In one recent case, a customer wanted to find a colocation provider in London that has a native, direct connection to AWS and provide network services through Telia. The user input his requirements on Inflect’s procurement tool, and within seconds, the tool discovered that there was one Equinix colocation facility in London that met the requirements.

“All that is doable in seconds through Inflect,” Stewart said. “Prior to Inflect, this would have taken hours at best, requiring dozens of emails and phone calls, and even then, the results would have been suspect, requiring an additional layer of verification up to and including a physical site visit.”

The company, which plans to launch its service within the next quarter or two, doesn’t offer pricing information yet but is working on it. It also plans to implement a “buy now” button on its website, allowing users to buy services directly from providers that want to make that option available, he said.

While Inflect will provide the ability to procure services, its main focus is providing validated, accurate data from service providers, he said.

“We do have a buy-and-sell platform, but we view ourselves as a data company,” Stewart said. “Our mission is to become the database of record for the industry.”

Competitors in a New Market

Regardless, Stewart says having two companies launching price/service comparison tools for colocation and other data center services shows that it’s a viable market.

“A market for one is a market of none,” he said. “We view them as fellow travelers in this. The more people in it, the better it is for everybody.”