Find expert insight on the latest in the world of data center startups here. 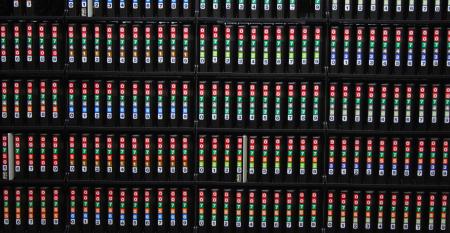 Overnight Crypto Sensation Internet Computer Sets Out to Undo Internet’s Failings
May 13, 2021
It wants to allow developers to launch their software directly to its network that it claims can’t be controlled...

Tetrate Service Bridge for Istio On Hybrid Clouds Ready for Production
Apr 14, 2021
The startup recently raised $40 million in venture funding and now has a product ready to make Istio palatable for enterprises with heterogeneous infrastructure.

This Startup Is Building a Chip to Save Traders Vital Microseconds
Apr 14, 2021
South Korea-based Rebellions aims to build a chip that runs AI more efficiently to speed up high-frequency trades.

Startup AirByte Aims to Make Its Open Source ETL Connector Specs 'the Standard'
Apr 05, 2021
And now it has $5.2 million in seed funding to realize its vision of taking the pain out of enterprise data extraction.

Fungible Data Center Promises Hyperscale-Like Experience on Premises
Mar 30, 2021
The chip startup’s all-in-one solution said to be one of the early signals of an upcoming wave of composable disaggregated...

Cloud Provider DigitalOcean Raises About $775 Million in IPO
Mar 24, 2021
Its revenue has grown over the past three years while losses have held relatively steady.

Why Your Servers Suck and How Oxide Computer Plans to Make This Better
Mar 18, 2021
The startup is designing a rack-scale computer for enterprise IT shops that have “good reasons” to run applications in their own data centers.