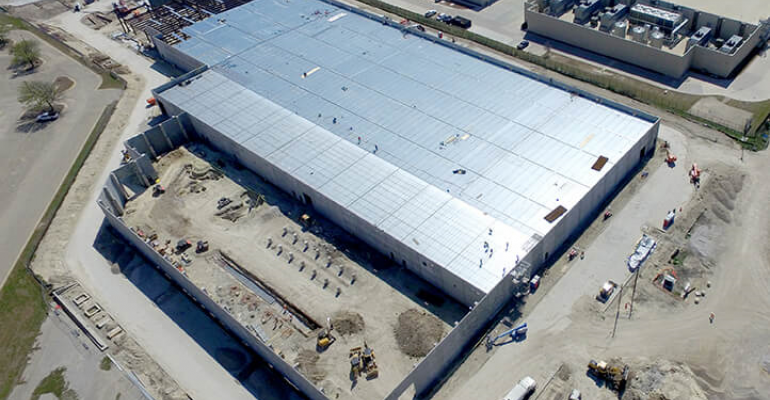 The company claims the lowest securitized rate in industry history for its latest round of debt financing.

Stack Infrastructure, which builds massive data centers in the US and leases them to hyperscale cloud platforms and large enterprises, has raised $325 million in securitized debt, the company announced Tuesday.

In its announcement Stack emphasized the 1.893 percent rate at which it borrowed the money, saying it was “the lowest securitized rate in the history of the data center industry…”

Investors had already been excited about the data center industry’s growth prospects before the pandemic, and experienced management teams had no problem accessing capital to fund data center ventures. But the huge spike in reliance on digital infrastructure across the world brought on by the COVID-19 pandemic has reportedly made investors even more eager to put money into businesses that build this infrastructure.

“The global pandemic has enhanced the digital economy and is further driving investor interest in data centers, as data demands are increasing to support work-from-home initiatives, collaboration tools, and new technology platforms,” Stack said in a statement.

Even in an environment full of eager investors, the ability to secure attractive borrowing terms is a competitive advantage.

In the capital-intensive business of building data centers for cloud platforms – known for their aggressiveness in negotiating low rents – the art of raising funds at low rates is as important as the art of designing and building the facilities themselves. A big part of the American success stories like Digital Realty Trust, or much younger Vantage Data Centers, has been the companies’ management teams’ skillfulness and discipline around borrowing.

Stack also issued securitized notes in February and November of last year. Including the latest round, the company has so far raised more than $1.4 billion total.

The company was formed early last year, when the owners of T5 Data Centers and Infomart Data Centers assets left after Equinix’s acquisition of the Infomart Dallas carrier hotel combined their Infomart holdings with some T5 assets to launch the new data center provider.

Stack is expanding quickly. It’s building a 32MW, multi-story data center campus in San Jose, California, which is already fully pre-leased; it’s adding a 24MW data center next to its existing one in Chicago; it’s expanding its Portland campus with 80MW of capacity, among other projects. The company has acquired existing data centers and land parcels for future planned campuses.