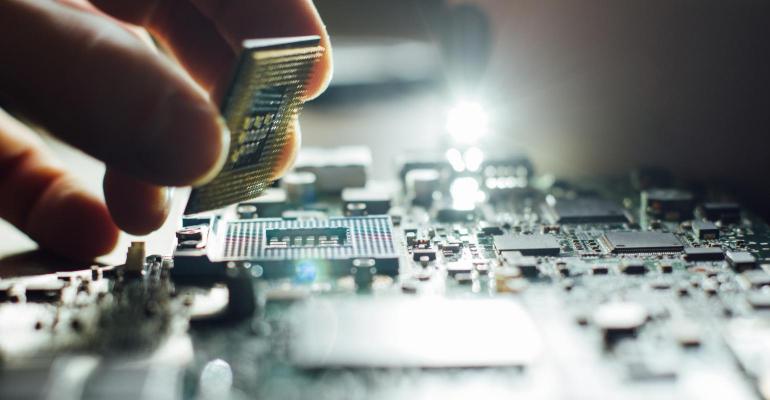 SoftBank Group Corp.’s Arm Ltd. and its Chinese venture clashed publicly over whether the venture’s CEO had been fired, a dispute that threatens to disrupt a Western company central to the global semiconductor industry.

(Bloomberg) -- SoftBank Group Corp.’s Arm Ltd. and its Chinese venture clashed publicly over whether the venture’s CEO had been fired, a dispute that threatens to disrupt a Western company central to the global semiconductor industry.

The conflict erupted after the British firm told Bloomberg News the board of Arm China -- jointly owned by Arm and investors including China’s sovereign wealth fund -- voted to oust Chief Executive Officer Allen Wu. Hours later, Arm China posted a statement to its official WeChat account asserting he was still in charge, a stance repeated across domestic social media. The U.K. firm then fired back to say Wu had been dismissed after an investigation uncovered undisclosed conflicts of interest and violations of employee rules.

“Following a whistleblower complaint and several other current and former employee complaints, an investigation was undertaken by Arm Limited,” the company said in its latest statement, jointly issued with shareholder Hopu Investment. “Evidence received from multiple sources found serious irregularities, including failing to disclose conflicts of interest and violations of the employee handbook.” Wu didn’t respond to emails and a message sent via his LinkedIn profile seeking comment.

The spat comes at a sensitive time for Arm and its 49%-owned Chinese affiliate, when Western companies are struggling to navigate an escalating clash between Washington and Beijing over technology leadership. Any prolonged conflict could also have ramifications for Arm, whose semiconductor architecture underpins the majority of the world’s mobile devices. The British firm relies on Chinese names like Huawei Technologies Co. for a large portion of its global revenue, and leans on Arm China to help it conduct business in the world’s biggest smartphone market.

Arm typically maintains a low profile, licensing its designs and collecting royalties via consumer brand corporations from Apple Inc. to Samsung Electronics Co. The dispute over Wu’s status, however, thrust it uncharacteristically into the spotlight, igniting a plethora of stories online about how the U.S.-educated executive was still Arm China’s legal head honcho. Wu himself was cited several times in local media pledging to work with Huawei last year, when Washington first banned the sale of American software and circuitry to the Chinese tech champion.

“Arm is a U.K.-based company but they have a huge amount of activities in the U.S. and in the U.S. ecosystem,” said Alex Capri, a research fellow at the Hinrich Foundation. “What could make this really messy is that the US could start to put pressure on Arm to cut off its Chinese entity.”

He pointed to Washington’s prior move to stop Dutch semiconductor equipment maker ASML’s supply of advanced technology to China. Capri said potential U.S. pressure on Arm may prod its Chinese venture to try and operate as a standalone or separate entity, but that will still have huge implications for Huawei, whose chipmaking unit HiSilicon depends on Arm’s designs.

“This is what Arm China’s going to do -- embed itself in a ringfenced Chinese operation, but it will be super messy,” Capri said.

SoftBank acquired Arm for $32 billion in 2016 in one of its largest acquisitions, a deal intended to further Masayoshi Son’s ambition of creating a global Internet of Things ecosystem. The company licenses the fundamentals of chips for companies that make their own semiconductors, and also sells processor designs. Most of the world’s smartphones depend on Arm’s technology, and it is trying to expand into servers and PCs.

Arm China was then formed in 2018 when SoftBank sold 51% of the subsidiary to a consortium that included China Investment Corp., the Silk Road Fund and Singaporean state investment firm Temasek Holdings Pte. It now operates offices in Shenzhen, Beijing and Shanghai and acts as an intermediary between Arm in the U.K. and clients like Huawei.

Arm Ltd. said the board had appointed Ken Phua and Phil Tang as Arm China’s interim co-CEOs. But Arm China said on WeChat that Wu remained in charge. “In accordance with relevant laws and regulations, Allen Wu continues to serve as chairman and CEO,” the post read.

It’s unclear how the public dispute would affect Arm’s relationships in the world’s No. 2 economy. The company has been ensnared in Washington’s campaign against Huawei because of its central role in semiconductor architecture. The U.S., home to many of the world’s chipmakers and a chunk of Arm’s operations, wants to block Huawei’s access to key chip technology after labeling the company a national security threat -- something the Chinese firm has consistently denied.

The British company has said it will comply with the so-called U.S. Entity List restrictions. It continues to supply technology to Huawei’s HiSilicon, but it’s unclear if it can license future designs to the Chinese company.