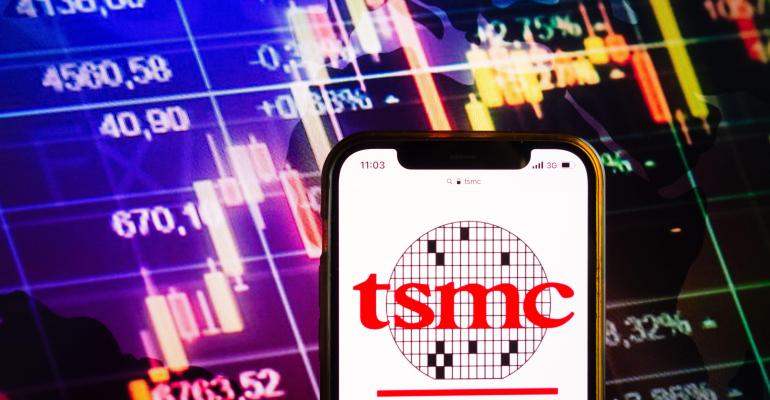 Data center semiconductor support chips, some only 50 cents, hold up development in the multi-billion dollar industry.

The persistent deficit of such low-end chips is holding up production in key segments of the supply chain, Chief Executive Officer C. C. Wei told attendees at a tech symposium. ASML Holding NV of the Netherlands is struggling to obtain $10 chips for its extreme ultraviolet lithography systems, or EUVs, he said. TSMC has dozens of the machines, which are critical for packing more power onto smaller slivers of silicon. Elsewhere, a 50-cent radio chip has been holding up the production of $50,000 cars, Wei said, without elaborating.

The world’s largest contract chipmaker can no longer meet demand for low-end chips at legacy factories, and it is building new plants, Wei said, suggesting that even mature chips may cost more in the months ahead. These include a new 28-nanometer factory in China that will begin production in the fourth quarter, according to TSMC Vice President Y. L. Wang. Shortages are showing up as a result of automakers adding more features to cars and increasing the silicon used by 15% every year, while smartphones now require two to three times the number of power management chips they did five years ago, Wei said.

“The age of an efficient, globalized supply system has passed,” he said, noting that production costs are also increasing due to more countries racing to build fabs at home. “Costs are swiftly rising, including inflation.”

While demand is generally dwindling, logistics snarls and chronic component shortages continue to plague some industry players. Applied Materials Inc. said this month its order backlog is increasing as it struggles to get enough supply of semiconductors to make its equipment, while Nvidia Corp. said it encountered trouble getting support chips including power converters and transceivers to make as many data center products as it wanted to.

It is possible that by the end of the year or early next year, “we are more in control of those supply constraints,” ASML CEO Peter Wennink told analysts after reporting results in July. “Having said that, there are no guarantees there.”