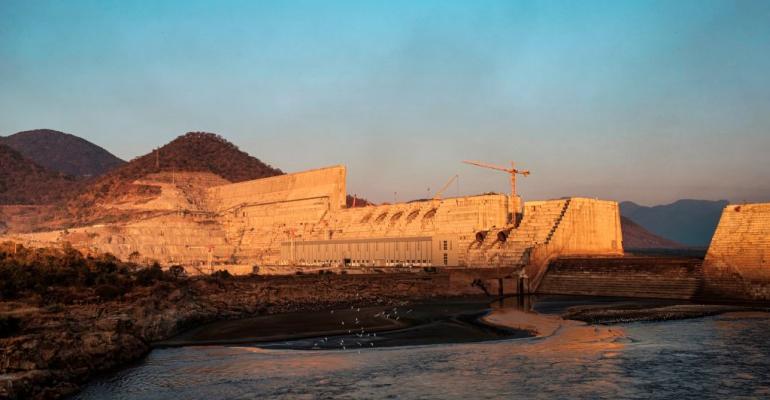 EDUARDO SOTERAS/AFP via Getty Images
The Grand Ethiopian Renaissance Dam (GERD), near Guba in Ethiopia, in December 2019. At 6,000MW, 145 meters high, and 1.8 kilometers long, the concrete colossus is set to become the largest hydropower plant in Africa.
Business

SAP Targets IT Contracts in Ethiopia to Drive Africa Revenue

Loni Prinsloo (Bloomberg) -- SAP SE is in talks to secure IT contracts in Ethiopia as the government seeks to attract more international companies to help prop up the economy of Africa’s second-most populous country.

The German software giant agreed to work with Ethiopia’s state-owned electricity utility on a new billing system that will make it easier to monitor power use and payments, SAP Africa head Cathy Smith said in an interview. More opportunities may arise in areas such as voice-over-internet phone calls, she said.

“We are staying very close to what is happening in Ethiopia,” Smith said in Johannesburg. “The government has become progressive and forward thinking on technology.”

Ethiopia is part-privatizing the telecommunications sector as the former communist country looks to bring in new investment and improve services, particularly in data and online products.

While the economic and political situation in many other sub-Saharan African countries remains uncertain, there are some pockets of growth, according to Smith. Uganda is a market where SAP plans to expand services such as analytics and cloud computing to small and medium-sized companies, she said.

SAP has remained committed to Africa even after becoming embroiled in corruption scandals in countries including South Africa, where in 2018 the group identified about $11 million of improper payments to win contracts. The Walldorf-based company is working on “stronger and better” relations with public-sector institutions in the country, said Smith, who joined after the incidents in question.

SAP was also accused of improper conduct linked to state contracts in Kenya and Tanzania. The claims are being investigated by U.S. authorities.

SAP is betting on the future of “the digital-services industry lying on the African continent, where the majority of the globe’s youth will be living,” Smith said. “We believe that our investments on the continent will bear fruit in the longer-term.”